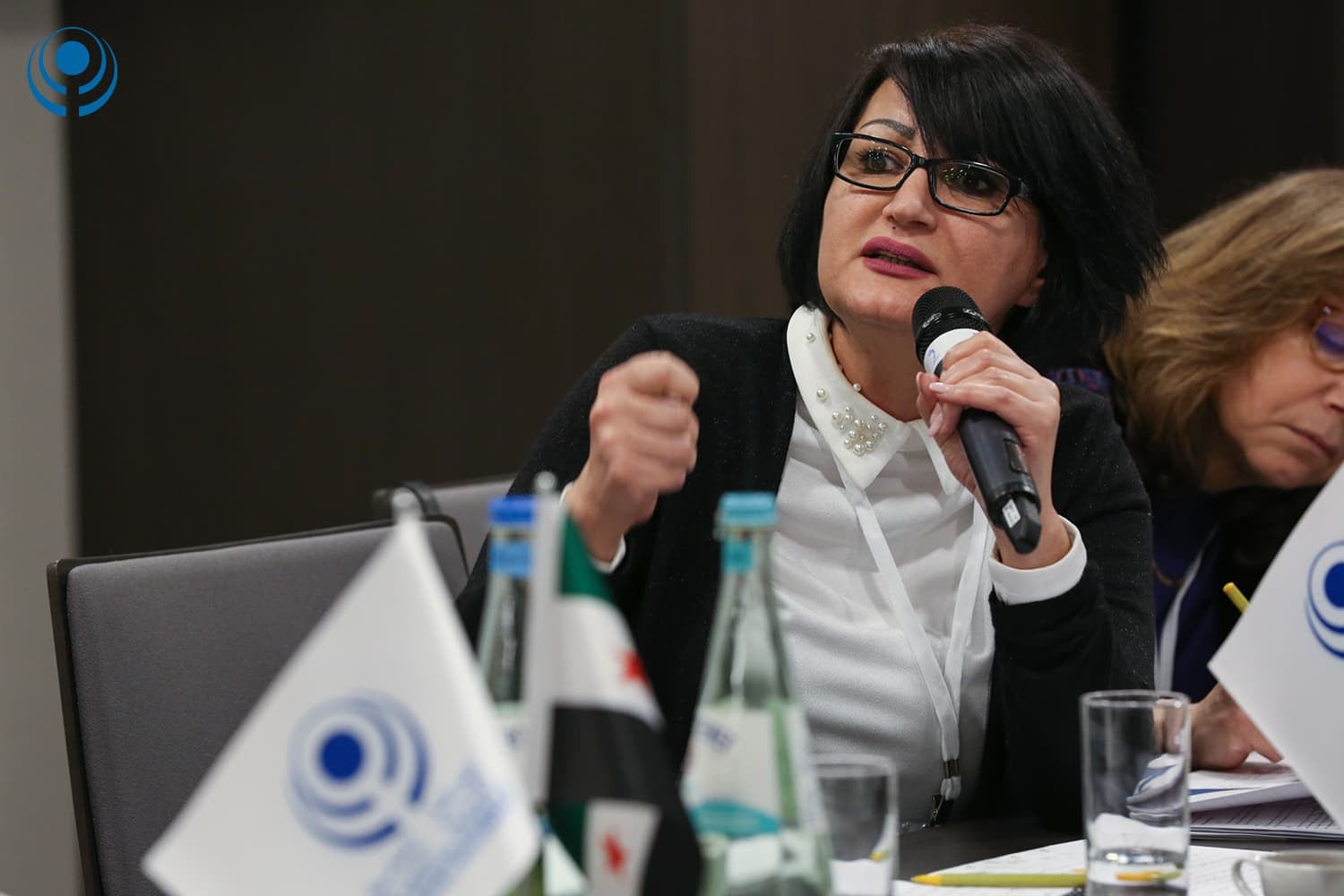 In
its political vision, the Syrian Women’s Political Movement affirms the
priority of the file of detainees, and missing and forcibly disappeared
persons, and addresses it based on the relevant international resolutions,
specifically the Geneva Declaration and UN Resolution 2254, being above
negotiation, and by separating the political and humanitarian tracks to build
the trust. There are many remarks on Resolution 2254 of 2015, which stipulates
the immediate release of detainees, especially women and children. However,
this Resolution represents a starting point that is considered the minimum
convergence of local, regional and international balances, but it put the
detainees’ file under the auspices of the United Nations, especially that the
successive international documents on Syria tackle the release of the detainees
by all parties to the conflict, including the resolutions of the Security
Council, the General Assembly and the Human Rights Council and a ceasefire
agreement.

Additionally, the Independent International
Commission of Inquiry and the UN Secretary-General published reports
documenting the severe situation in Syria, demanding the immediate release of
detainees and disclosing the fate of the forcibly disappeared persons in the
official and clandestine strongholds of the regime, and the Movement’s strategy
is operating from a legal and humanitarian perspective, despite the
politicization of this file among the conflicting countries on the Syrian
ground by swerving the Geneva compass and the international resolutions under
the military Astana path, which violated the spirituality of all resolutions as
the file of the detainees was transferred and linked to the so-called
de-escalation zones and the truces of acquiescence of the so-called security settlement
agreements that were supposed to guarantee the release of the detainees by
settlement in exchange for surrendering light and medium weapons. These
agreements have been circumvented and breached by the Syrian regime’s revenge
by conducting arrests in the settlement areas, and the file was undermined in
Astana by what is called the joint working room for the detainees and assigning
it to the equal exchange between the two conflicting parties, the regime and
the military factions, which was not sustainable, as its inertia is bound to
the agreement of the Astana countries, which means the United Nations
abandonment of this file, even if its role is an observer, and its decisions
are not binding when it participates in the meetings.

Based on our feminist stance, we think the
pretext of releasing women in these exchanges increases violence, and working
on them violates the legal nature of detention in Syria as all detainees were
arrested due to the armed conflict, to escape punishment. Moreover, as a proportion,
we cannot numerically compare between the regime and military factions.

This file should be delivered back to Geneva,
and the International Community should bear its responsibilities, especially
since the Special Envoy Geir Pedersen considered the detainees’ file as one of
his top priorities in his first briefing in the Security Council, and effective
measures must be taken to ensure all detention centers are open to private
international bodies, specifically the International Committee of the Red Cross,
to save the detainees, stop arbitrary arrests, stop the execution and repeal
all rulings issued by exceptional courts, in accordance with the provisions of
the International Human Rights Law and in implementation of the relevant
international decisions, and it should take its vital role to manage the file
by making tangible changes on the ground, as it is at the top of the standards
of a safe and neutral environment for the reform process required to establish
the political transition to transform from the security tyranny state to the
state of law. It is necessary to work on building the trust in the political
process, and then after the political agreement, the basic ground to achieve
it, to provide the basis for transitional justice that accompanies the peace
process, and by engaging women in all justice mechanisms aiming to establish a
national transitional justice program that addresses violations that have
targeted women, including sexual violence in detention centers and exploiting
them as a weapon of war, to include their rights at all stages to ensure
durable peace, and parallel to this, to end the arbitrary detention, redress
the victims, and prevent impunity.