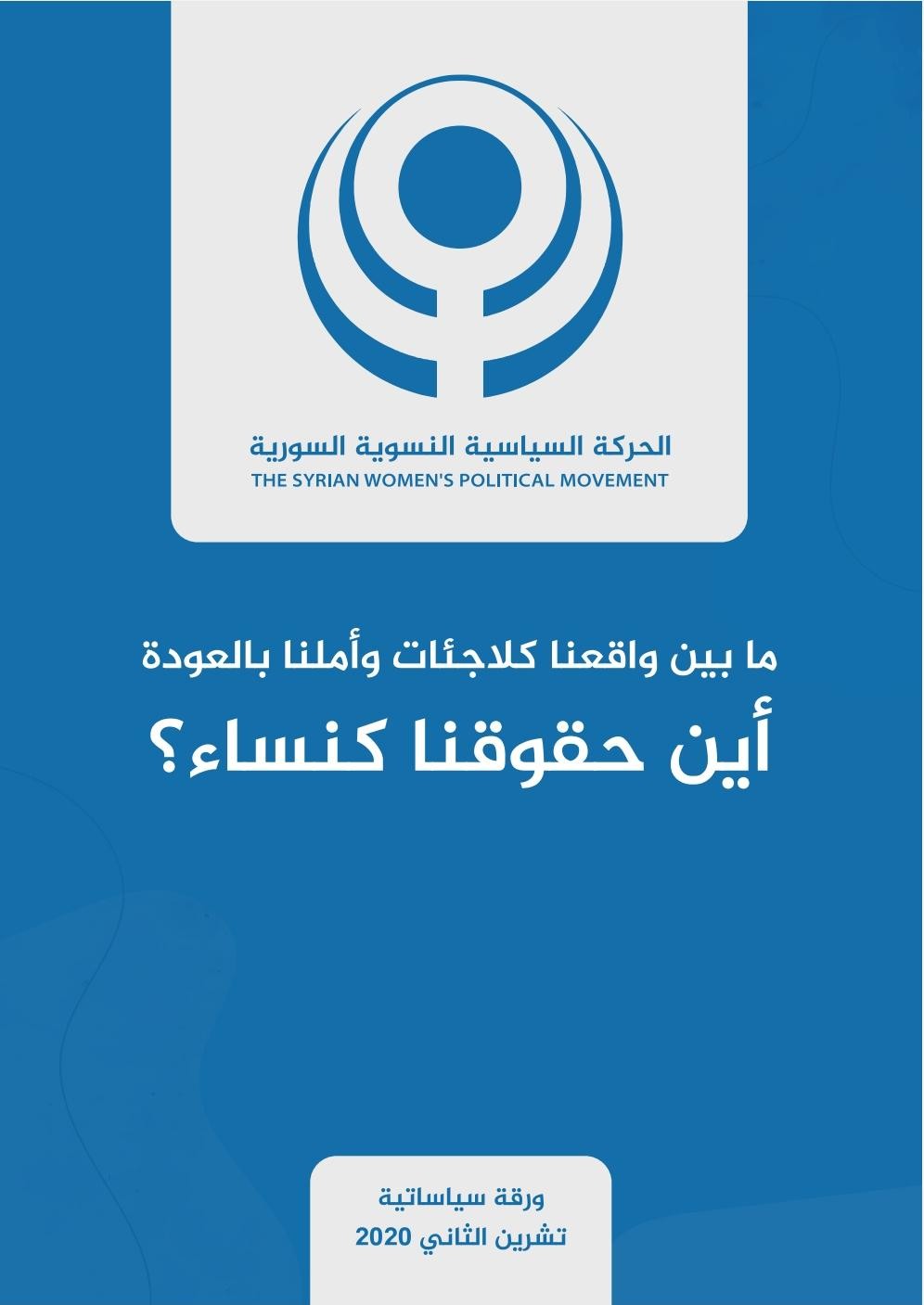 SWPM would like to thank all those who worked on and contributed to this publication, individuals and entities, namely Women’s International League for Peace and Freedom (WILPF), Friedrich Ebert Foundation (FES), Basmeh & Zeitooneh, and all SWPM members and staff who assisted with the Consultations.

This policy paper aims at delving into the question of return from the perspective of women; it is an attempt at understanding the experiences that govern their realities as refugees and the breakdown of the push and pull factors that play a major role in their decisions to return. Hence, it aims at highlighting the most pressing issues that must be addressed to enable an environment that allows a safe, voluntary, and dignified repatriation.

This paper is based on nine discussion sessions with ninety women refugees from neighbouring countries (Lebanon, Jordan, Turkey, and Iraqi Kurdistan), organized by the Syrian Women’s Political Movement between August and September 2020. The discussions did not target a representative group of women.

Therefore, this paper did not aim to be holistic in addressing the issues of refugeehood and return. Rather, the aim was to seek the opinions of a large group of women refugees, to reflect on the question of return from a gendered perspective. The paper discusses the experiences of participants in three main interconnected themes.

Policy Paper – FROM WAR ECONOMY TO AN ECONOMICALLY -SAFE ENVIRONMENT: PROBLEMS AND SOLUTIONS AS SEEN BY SYRIAN WOMEN