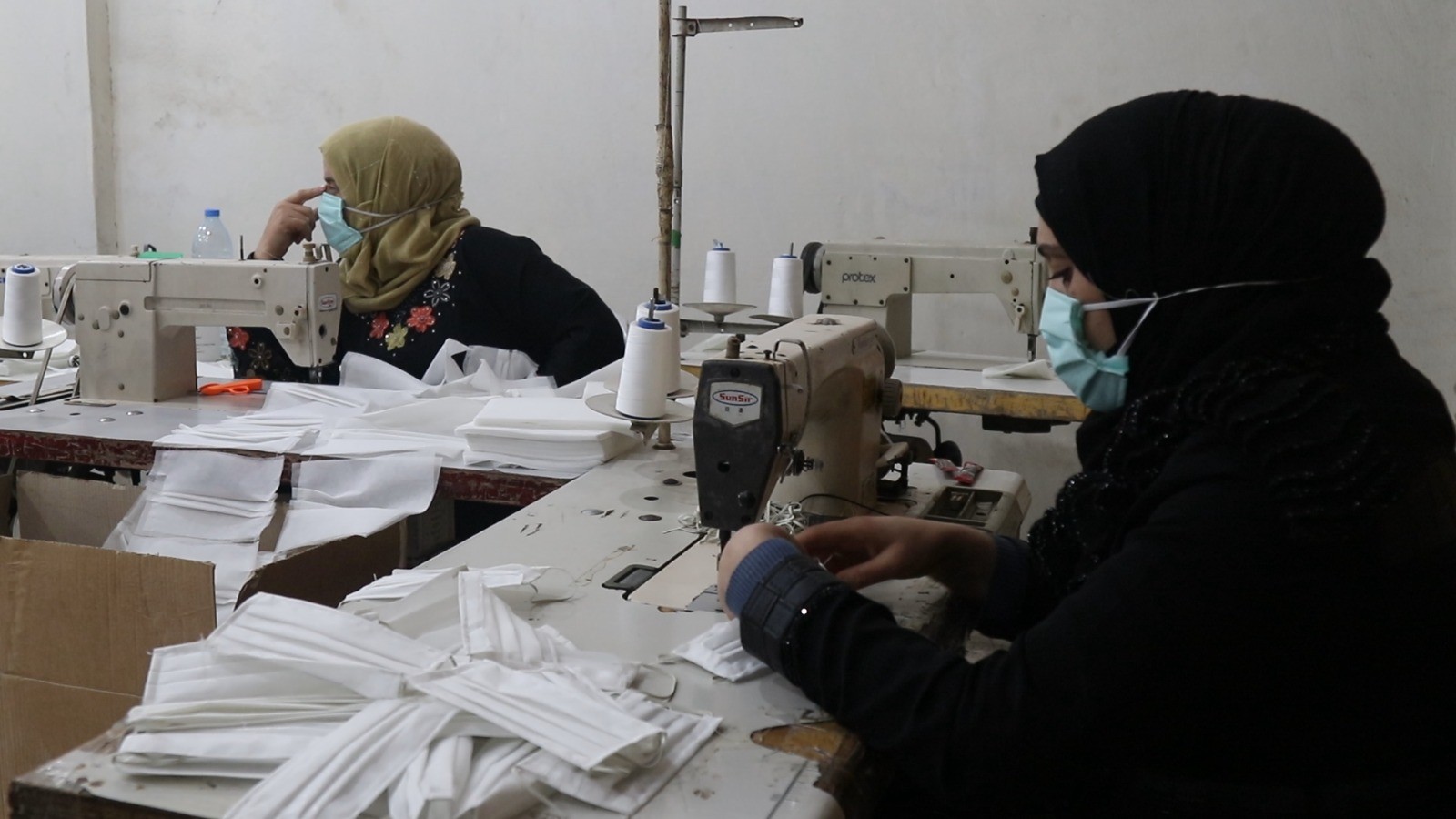 In January 2019, the world witnessed the beginning of the spread of the covid-19 virus (CORONA), starting from China as the first epicenter of the epidemic, but the declaration of a state of emergency following its spread in Syria came too late, not because of the lack of an outbreak, but because injuries could not be detected because of the lack of medical laboratories, the technical delays and the poor response of most of the actors involved in dealing with the pandemic, such as the Ministry of Health. In addition to the above, War conditions across Syria have affected the weak response to the epidemic. Some NGOs have tried to contain the virus and limit its spread. However, many difficulties have been encountered, both political and economic.

Humanitarian response and assistance to address the pandemic in Syria

Humanitarian organizations seek to assist those affected by the pandemic, through awareness-raising programmes, the emergency medical system for the treatment of injuries, the promotion of preventive action, as well as the distribution of relief and prevention parcels, and the sterilization of public facilities. The Syrian Civil Defense, in cooperation with several humanitarian organizations, launched awareness-raising programmes and sterilization campaigns focused in refugee camps internally. The Syrian-American Medical Association has also established a special hospital in Idlib to care for Corona sufferers. The Independent Doctors association has also set up a tent to temporarily book passengers and suspects of injuries at Syrian – Turkish crossings.

The impact of the pandemic on education, and the response of educational institutions

Despite their low potential, many Syrians who are students of basic or higher education have insisted on pursuing their education. Most private schools, universities, institutes and educational institutions, in turn, responded to the pandemic and took action globally. In this regard, Dr. Safa Alulu, Dean of the Faculty of Pharmacy at AL-Shamal Private University, says: “The liberated areas of the north of Syria are in a situation of population overcrowding due to displacement. She adds: “We started at  AL-Shamal University to apply procedures, especially those recommended by the World Health Organization.”

Extent of global humanitarian response to the Corona pandemic in Syria

Some countries have announced a budget to help the Syrian people in the context of the Corona epidemic and to compensate for the damage caused by the pandemic. However, these amounts have not been sufficient compared to the magnitude of the damage caused to most groups by the spread of the virus. All this has increased the vulnerability of Syrian society, which is already weary of the war. Unemployment has increased and the numbers of medical personnel and health facilities, as well as other social and service institutions, have declined.

Syria generally experiences violence at various levels, but violence against women increases with any crisis in the country, due to several factors, including male society. Student N.Y. says, “The Corona pandemic gave my family the argument to stop me from teaching. “Women and children often face the consequences of major crises and their consequences for the daily life of the family. In our society, they are easily weakened, poor living conditions, weak service institutions, the absence of human rights law and the war that has been going on in the country for almost nine years reinforce and increase the frequency of these problems. Violence is thus systematized and the conditions taken as an opportunity to be applied, as many women experience physical violence on the grounds that men suffer from living and economic pressures. In fact, both women and men in Syria are affected by the current circumstances, and that is no justification for persecuting any individual or group.

Based on current data, and the recent statement of the Director of the WHO Regional Office for the Middle East, Richard Brennan, dated 2662020, that although the number of people infected with the corona virus in Syria is low, it is likely to increase in the near future, it is necessary to build a better response by Syrian organizations and public institutions to contain the pandemic, and to double humanitarian assistance to the affected communities, specifically. in addition to the need to continue the educational process within the WHO recommendations, and to activate updated protection programmes based on cases of pandemic damage. It also seeks to ensure the protection of women civilians and civilians through the commitment of all parties to the conflict to exploit the pandemic to reduce tension and find peaceful political solutions.