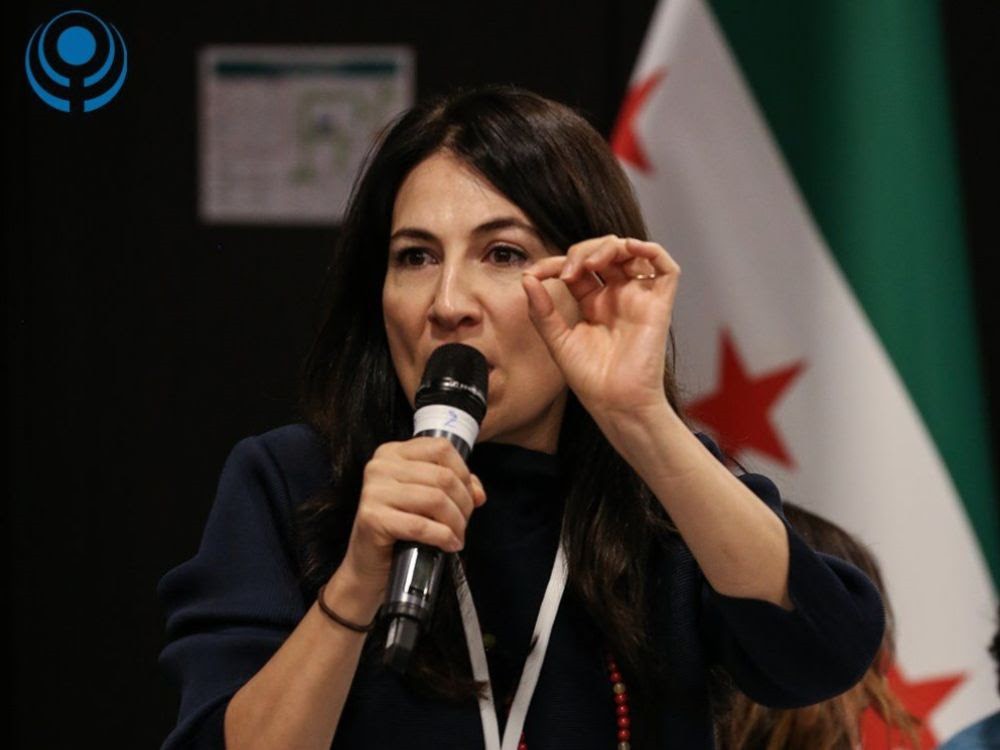 Towards Active Participation of Women‎

I write to you today on behalf of SWPM, to allow Syrian women and men to follow the updates of SWPM and its political positions.
As leading Syrian women working within the Syrian political activity against the regime and through our interaction with the international community, we observed marginalization of women, thus the need for a Syrian feminist political movement emerged. We noticed that the political field is masculine, not only in Syria but all over the world, except some Scandinavian countries. The Syrian political opposition is no exception in terms of excluding and marginalizing women. Currently, there are twelve women only as heads of states in the world; that is a small percentage that is no more than 6 percent of all heads of states in the world. Syrian political bodies haven’t exceeded that percentage in terms of women representation.

It has become very obvious for us as active women within the Syrian opposition political movement that this revolution is not only against the political tyranny that is based on a masculine system, but rather a revolution against all kinds of absolute power and authority that marginalize any group of people and discriminate against it in determining the fate of their country.
So many distinguished Syrian women worked since the beginning on creating civil feminist organizations, concerned with building a democratic gender-sensitive state that counter any marginalization attempted by decision makers.
It is noteworthy that those organizations helped in improving the work to a level of political maturity conducive to a creative feminist movement seeking no less than 50 percent of women participation in politics, proportionate to women’s presence in Syria.
It goes without saying that in any country the rights of all, especially women, cannot be guaranteed without effective and crucial participation of women themselves, at the highest levels of the state. Out of this necessity, SWPM emerged to guarantee women presence in decision making positions in future Syria.
SWPM was born against the backdrop of the Syrian opposition meeting in Riyadh, in a preparatory council of what has become known as Riyadh 2 in August 2017, for restructuring the opposition to cope with international developments at the time. It was a shame that no women were invited to that meeting, which upset many leading Syrian women. After discussions on social media platforms, we decided to issue a statement denouncing that meeting and delegitimizing any political activity for Syria takes place without active participation of Syrian women politicians.
The statement was signed by more than 500 Syrian individuals and 75 organization. Based on this momentum, we met as Syrian women seeking genuine change for women political reality and agreed that it was important to build on this statement, by creating a Syrian feminist political movement concerned with women and marginalized groups’ rights, as an integral part of human rights, upon which we want to build future Syria. Based on that, Syrian women from different areas have been contacted to work together on building a new structure for us to be a unique political movement for Syrian women.
In October 2017, the Syrian Women Political Movement was launched with the participation of around 30 women from Syria, who believed in the same principles (link to the founding document), calling for establishing a democratic, pluralistic state based on equal citizenship. The outputs of the founding conference of SWPM were published on social media and were sent to all concerned international parties, including missions, embassies and international organizations such as the United Nations. We declared our political position and vision in that document.

SWPM worked with all parties to increase women representation in Riyadh 2 conference, which was held to restructure the Syrian opposition. Based on that effort, over 15 percent of invitees were women, and 15 percent of the elected members of the Syrian Negotiations Commission, which shall engage in the negotiations in Geneva, were women too.
SWPM is almost two years old now; in these two years, so many work in different areas have been conducted, leading to significant achievements at the political level, such as activating communication means, writing statements and visiting different countries, as well as achievements at the institutional level, such as building a framework, agreeing on the bylaws and attracting more than 150 new members, males and females, as well as achieving improvement on the international level in terms of holding diplomatic meetings and constantly working with decision makers, including states and institutions. By doing that, we created our existence in the Syrian political arena and introduced ourselves to all concerned parties, including friendly states, so they deal with us as part of the Syrian political map.

“I was one of the founders of SWPM out of my belief that future Syria will not be genuinely democratic representing all people without an effective feminist movement working for change from a dictatorship to a democratic state. People’s individual capability of change and impact gets lost under the local, regional and international political noise, but when we are together, as a group of female and male feminists, “struggling” together for having women at the frontlines of making the Syrian decision, our capabilities double by our unity and support to each other. Together we can achieve what no one alone can, which is being present at the Syrian political arena, with a representation proportionate to our percentage within community.”

Dear all
In SWPM, we always try to be in constant and direct contact with Syrian female and male feminists, through our newsletter. We hope you subscribe to our newsletter on this link. You can also follow the activities of SWPM on its Facebook page and Twitter account, or on its website.
SWPM welcomes anybody who believes in its political values and principles to join it. If you want to join us, you can read our political vision and fill a membership application.
May Syrian women always be a symbol for change and struggle