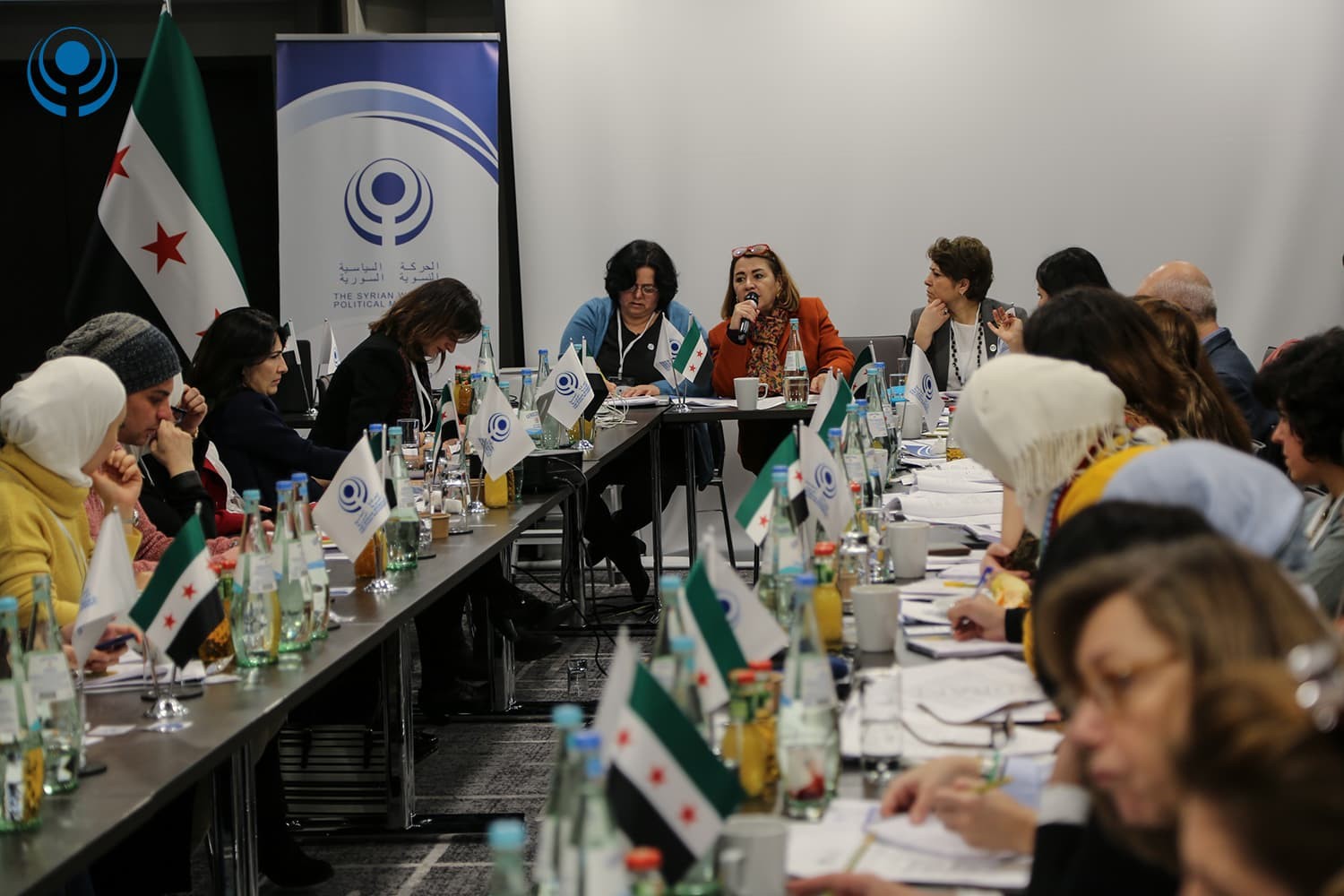 The first
meeting of the general assembly of SWPM was held in Frankfort, Germany in the
period 12 – 14 January, 2019. The meeting was launched by a speech delivered by
the feminist activist Fardos al-Bahra, member of SEPM. She focused in her
speech on the participation of Syrian women in all struggle fields, despite the
dominance of the masculine and custodian mentality. She also said that women
movement in Syria is still growing and it is facing resistance by men and
women, especially in conservative communities and areas under control of
Islamist radical forces. Talking about SWPM, she said: “with the initiative of
a number of brave women who wanted to confront current contradictions in a
community based on practices impeding the equal participation of women in
politics, in addition to practices hostile to women, such as marginalization
and social exclusion. This initiative came with the aim to draw the future of
Syria and Syrian women by reaching a political solution that ensures the
establishment of a democratic unifies state with all its components. So it is
another step added to the steps preceded it in the course of feminist and
political struggle.”

The general
secretariat submitted a report on its work and activities in the past period,
in addition to the political vision adopted by SEPM since it has been
established up till today, in addition to a review of the challenges faced by
SWPM. A decision was made in this meeting to adopt the political vision, the
bylaws and electing a new general secretariat in accordance with the bylaws. A
monitoring committee was elected as well.

The final
statement of SWPM meeting reaffirmed the unity of Syrian people and territories
within a democratic pluralistic state; a state of equal and full citizenship
for all its subjects, regardless of sex, religion, race or any other
affiliations or categorizations. It also rejected the presence of any foreign
forces on Syrian territories, through reaching a political solution. The
statement talked about the importance of drafting a constitution that ensures
the rights of citizens, both men and women, and preparing a safe environment
for referenda or elections that should be one of the responsibilities of
transitional governance. It also talked about seeking to ensure equal
citizenship for all Syrian women and men.

The
statement affirmed seeking to have women equally present at all decision making
levels. It also deemed the issue of men and women detained by the regime and
other parties to the conflict a key humanitarian issue that must be solved
first. It shed light on the practices of coercing people to engage in the
military conflict pursued by the regime and other parties, which increase the
suffering of Syrian community, especially women.

It
reiterated the importance of linking reconstruction with genuine and credible
measures towards political transition and uncovering the practices of
systematic demographic change pursued by the regime. The statement highlighted
the importance of communicating with all Syrian cities regardless of the forces
in control, especially the regime, and it rejected the policies of compulsory
return of refugees before a safe and neutral environment is secured. The
statement underscored the importance of addressing the issue of refugees, men
and women, as a political issue that may not be subjected to extortion.

“SEPM
conference gave me confidence and a feeling of the importance of my political
activity. It also encouraged me to exert more efforts. Each one of the great
Syrian women in SWPM added to me from their experiences and gave me a push for
doing more.” Nidal Jojak, SEPM member said.