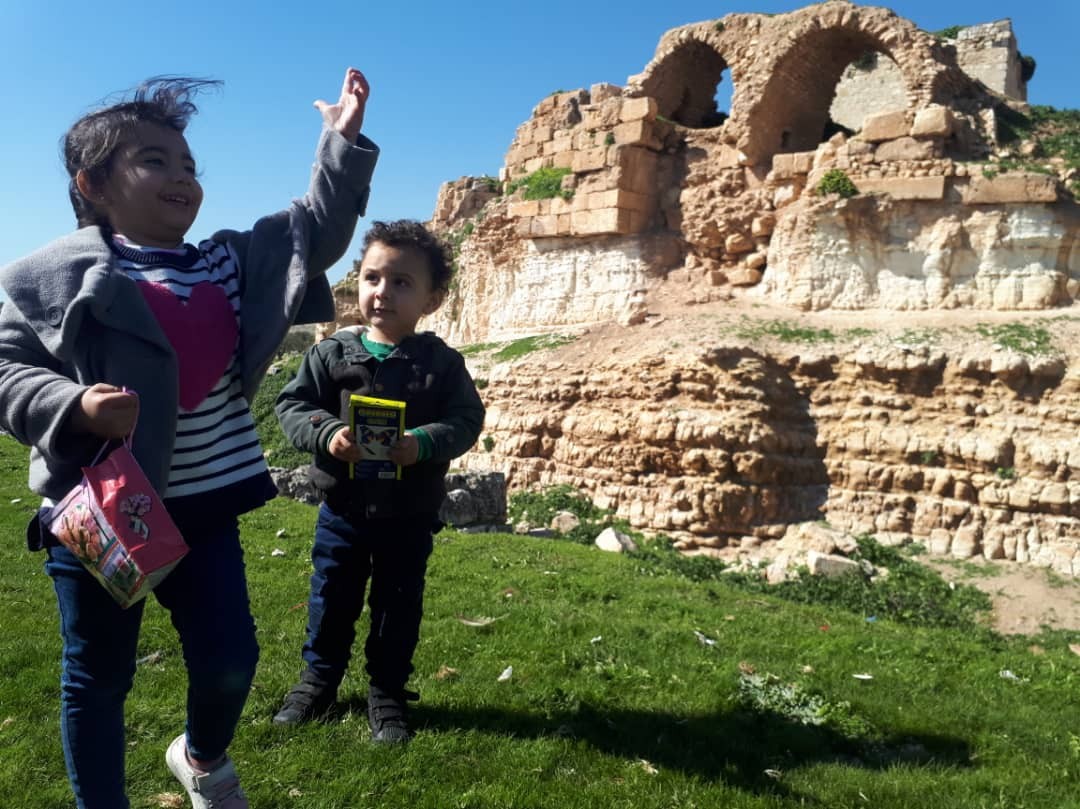 “Children often ask childish questions that most of the time make us laugh at their innocence, and sometimes they ask awkward questions that make us wonder how clever they are. But today, they ask us questions that are painful. When I tell my five-year-old granddaughter that she can’t go out to play because warplanes may hit our neighbourhood she asks me: ‘What have we done to the pilot for him to bomb us, why do children get bombed?’

“How can I answer her question? She listens to warnings of incoming planes, to make sure it’s really not a good time to go out and play. Sometimes she cries when she can’t go out, sits in silence as if she has resigned herself to the fact that this pilot may be targeting her as she commits the crime of playing outside. When she goes out with her father to play for a short time, maybe less than ten minutes, I am so nervous until they come home.

“Sometimes my grandchildren behave with great innocence and sometimes they behave with the maturity and consciousness of an adult. Usually, during the bombing, they run to hide behind a door or under the couch, thinking that in this place the pilot will not be able to see them.

“During the last strike on Ma’arat al-Nu’man, I was drinking my coffee and they were sitting next to me. When the warplane hit, I jumped up, scared. My grandchildren hugged me and headed towards the kitchen where the walls are thickest. Their faces were very pale and I said, ‘don’t be scared, don’t be scared.’ ‘We are not scared, you are,’ they said. Suddenly, I felt my three-year-old grandson’s hand holding mine, trying to reassure me that everything is okay, telling me and his sister: ‘This is the sound of strong winds, Not a rocket.’

“After that bloody day and the news of the bombing, the dead and the wounded, I saw my granddaughter carrying her doll, but she had removed her legs. I told her why she did that and she answered: ‘My doll was hit today and I now I’ve taken her from the hospital.’ I never thought that the imaginations of our children would bear all this pain.”

Translated by The Syria Campaign