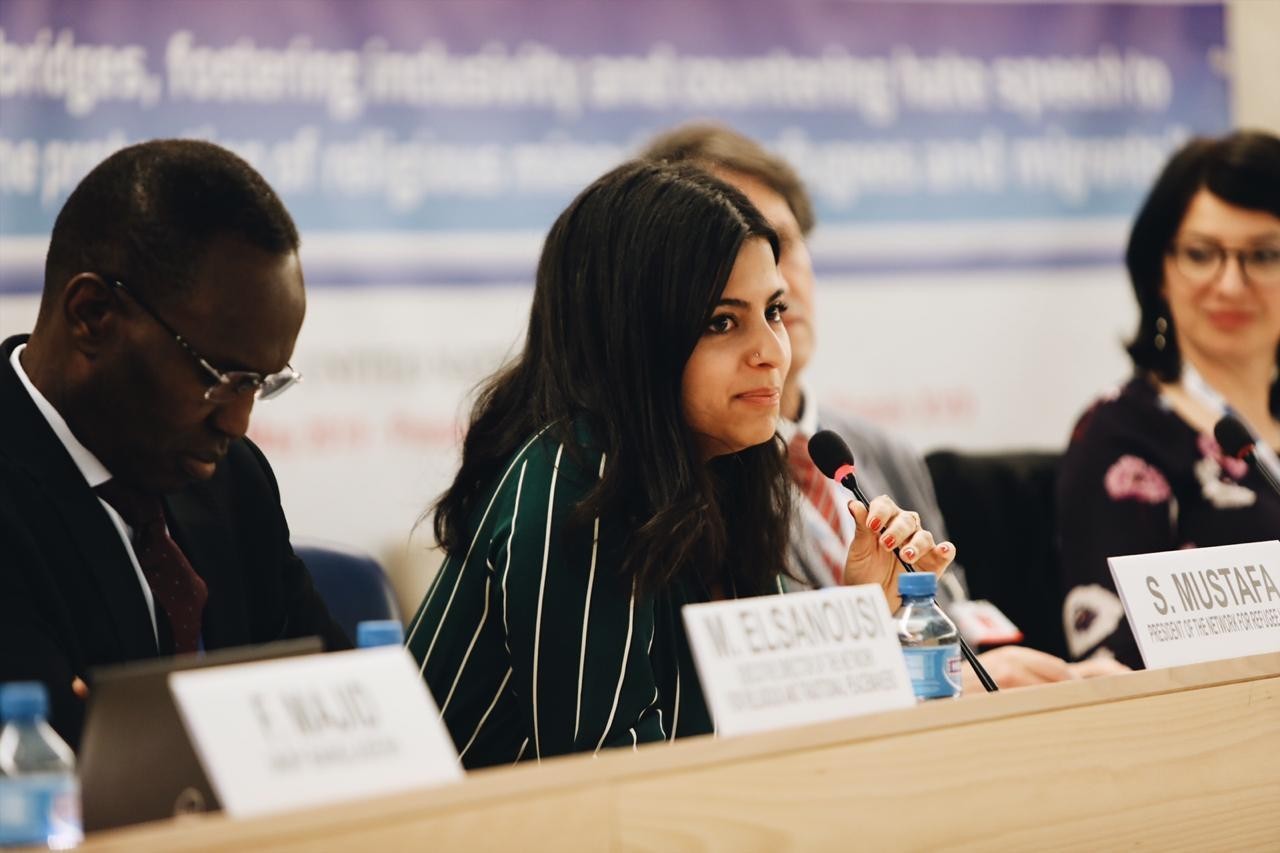 Sana Mustafajoined the demonstrations that were staged in Damascus at the start of the revolution in 2011. She also participated in relief efforts to help the displaced from different areas of Damascus countryside, in addition to her political and awareness-raising activities. Alongside her sister Wafa, the political activist, she worked with the coordination committees and youth gatherings that started to be established in the beginning of the revolution in Damascus, besides her participation in activities related to women issues.

Sana comes from a political family; her father was arrested before the revolution has started, she was detained with her father and sister again in 2011. She says she did not hesitate at all to join the revolution since the beginning. Getting involved in the revolution was normal for her, as she descended from a political family that opposes the dictator regime of al-Assad, the single party policy and the suppression of freedoms. Therefore, her interest in political activity started at an early age, because her family interacted heavily with everything related to the Palestinian Issue, and then the Iraqi War. “We used to travel all the way from Masyaf to Damascus, to demonstrate in front of the American embassy, in protest to the occupation of Iraq” Sana said. She highlighted that studying political sciences later increased her political awareness after studying different wars and experiences.

In 2013, a group of young men and women she used to work with got detained, so she had to leave for Lebanon temporarily, at that time she applied for a scholarship in the USA. A week after her arrival in Lebanon her father was detained, and her family had to find a shelter in Turkey. She knew she had no other choice but to stay in the USA, so she applied for a political asylum to start a new life on her own there. Sana suffered many difficulties at start, especially that she was lonely, without a family or friends. She said that when the six-week scholarship was over, she had to work as a baby sitter in exchange of a “coach” to sleep on. Sana started looking for other scholarships until she found one in New York, and there she moved to the students’ residence and started studying and working at school to make a living. She continued her political activity in the USA, through participating in demonstrations, and meetings with the congress to show what was really happening in Syria, and demanding the release of detainees because she felt helpless and wanted to do something for her father, whose fate was unknown to her, and other Syrians who were left behind inside Syria. She considered that to be her duty to participate in humanitarian, political, and public opinion about Syria in particular, especially that she was in a country where, unfortunately, the decision of her country’s destiny is made.

Sana said that her problem in integrating in the new community was not the language or people as she spoke English, and people of different races and nationalities were all very kind with her and treated her very well, and had her in their homes without knowing anything about her. But her problem was in feeling lonely and lost and the feeling of loss for everything, her country, family and friends.

Sana believes that the challenges faced the political work in Syria during the revolution was mainly the lack of accepting the other and our inability to understand what they want, because the way of thinking cannot be emotional and political at the same time, as politics, in the end, is all about interests and we need to speak the language of others to realize what we want and understand the intrests of others. Sana said that our fragmentation and failure to unite was the biggest cause of our failure till now. In addition to the absence of a real international will to help Syria.

“I joined the Syrian Women Political Movement because I thought that as a woman, I must be present in the political future of Syria. Therefore, SWPM will be a platform for me to participate in making this future, especially with the stereotyping of women’s role to be limited to humanitarian and organizational, whereas SWPM is a political movement in the first place, which is a very important thing for me”.

When asked about the challenges that women in particular faced in political work, she said it was the mere fact of being a woman. That is a global problem, not specific to Syria, although women now bear all living burdens during war, after the martyrdom or detention of many men. Women proved themselves in all domains, and that is a great accomplishment for Syrian women after fifty years of systematic suppression practiced by the Assad regime against people, under a masculine-dominated habits, traditions, beliefs and culture that paid women injustice and deprived them from practicing their simplest human rights.

Sana joined the Syrian Women Political Movement because she thought that as a woman, she must be present in the political future of Syria. Therefore, SWPM will be a platform for her to participate in making this future, especially with the stereotyping of women’s role to be limited to humanitarian and organizational, whereas SWPM is a political movement in the first place, which is a very important thing for her. Sana said that she expected SWPM to manage to empower Syrian women politically, and would realize its goals through organizing political meetings to engage in discussions about the new constitution, and provisions to be contained in it for the future of women and Syria at large.

Sana dreams of a free, democratic and civil Syria that respects human rights, where Syrians choose the nature of their government and the shape of the future state they want to live in. She said that all these goals, beside values and principles she believed in, and her belief of the necessity of honoring all the sacrifices of Syrian people motivate her to continue working in public affairs.

Sana says to the women of Syria “we need to be one hand and work together to realize our goals. We must not undervalue our roles and potentials, or allow anyone to do so”.