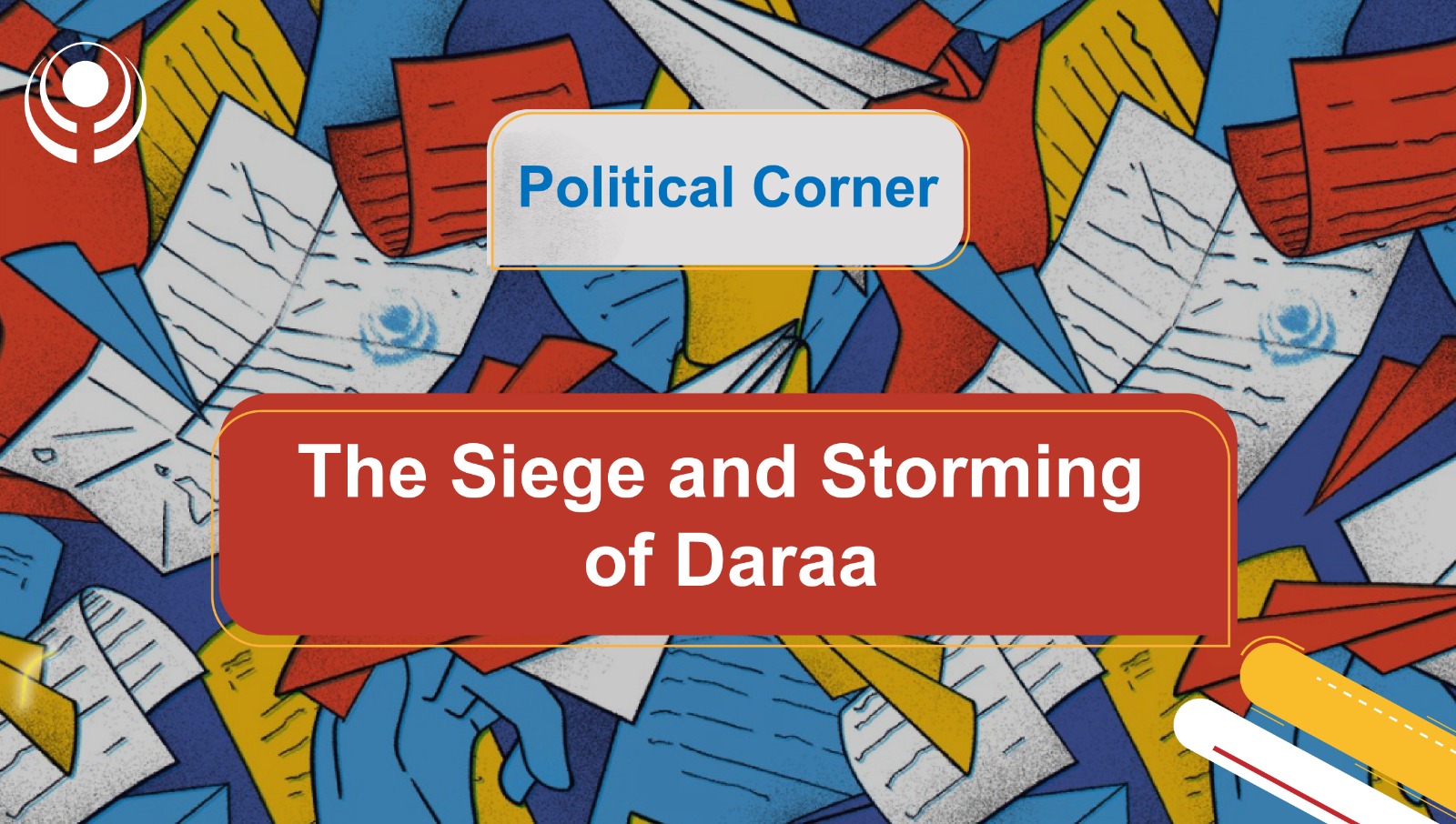 The city of Daraa in the south of Syria is currently undergoing a fierce military campaign. The city is being subjected to indiscriminate bombing targeting civilians. Army tanks are preparing to storm Daraa Al-Balad, after a prolonged siege. The city is home to over 11,000 families, according to the statistics of the local committee as there are no official numbers from the puppet-like Assad regime. Starting on the 24th of June 2021, the siege led to the closure of all entry points and routes leading to Daraa Al Balad district, except for one crossing point, Sajnah, which is controlled by pro-regime militias. The forces running the crossing continually harass and abuse men and women, preventing them from crossing for work, study or medical treatment. Users of Sajnah are also under threat of arrest by security forces. Food and medical supplies have been stopped, which is a threat to the lives of people inside as a result of lack of medicine. The besieged area only contains a small clinic which is no longer capable of treating elderly people. Women in particular, especially pregnant women, are especially at risk due to the lack of obstetrician care and incubators. The situation is made even more deadly because of the current COVID-19 pandemic. The city of Daraa is still suffering from the aftermath of war. There is a general lack of security due to the constant violations against the Security Settlement agreement of July 2018 which was signed by the two sides of the conflict under Russian patronage. The agreement was the only way to stop the fighting and save civilians from forced displacement towards the north of Syria. Under the agreement, Russia pledged to oversee security for those who were not displaced, and to release detainees. However, the regime has been practicing collective punishment against the whole Governorate of Daraa, deliberately targeting civilians and marginalizing the city through economic means and by depriving it of basic services. The Assad regime continues with arbitrary arrests which in some cases led to deaths under torture. It is also dismissing INGO employees and expelling lawyers from bar. The governorate has been living in a state of lawlessness, assassinations and killings. In Daraa, the regime and its allies did not fulfill their commitments. The Fourth Division violated the agreement, and the 15th Division, which was party to the agreement withdrew from the region when the bombing started. We believe that these results are a natural outcome of temporary and partial solutions that violate international humanitarian law and international human rights law. In a letter we received from a lady living under siege in Daraa, we read the following, “The regime is punishing us because we boycotted its farcical elections and demonstrated against them. Two days ago, a close relative of mine died of a heart attack because we could not take him through the only available crossing point to the hospital. Our lives are in danger as troops gather outside our city, threatening to storm in and punish us if we do not abide by their new conditions which breach the security agreement. We do not want death for our children and we will not accept the humiliating experience of being displaced from our own homes. Our suffering seems to be endless.” The Syrian Women’s Political Movement views with concern the suffering of civilians in Daraa under siege. We, moreover, refuse the use of civilians as political pawns by the Russians who are the main negotiators with the besieged people. In the face of this situation, the SWPM recommends the following:       The political committee of the SWPM
Related