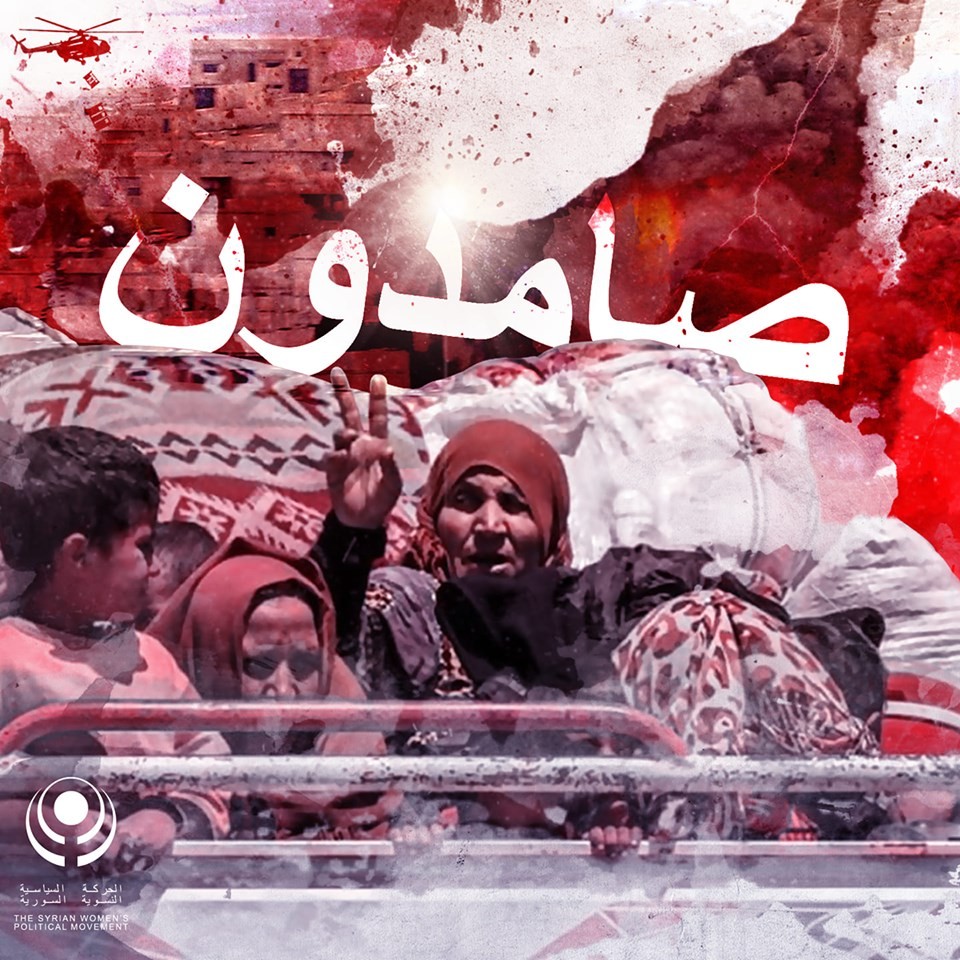 “After we had eaten some food to break our Ramadan fast, two missiles hit the street we lived in. I saw shrapnel flying around my children like knives. Moments later, when I realised we had all survived, I decided to leave my town, despite refusing to do so before.

“We headed to Kafar Karmen. A friend’s family welcomed us, but their situation wasn’t much better than ours, they are displaced too, and living in a tiny space. That night, we headed to a basement in Sarmada town, it was damp and completely empty. I decided to knock on every door, asking to borrow a blanket or at least a pillow but my children stopped me. ‘Mum, it’s late now, we don’t know anyone here, how can you knock on their doors if you don’t know them?’

“My husband, our six children and I slept on the ground, a lonely cold night. When we woke up in the morning, my children vomited from the cold. I decided to go back to Kafranbel to bring some warm things from my house. My husband wanted to go with me but I refused; I didn’t want my children to lose their both parents in an air strike or attack and I didn’t want to lose him. I left in a hurry; I held my tears in front of my children, the last thing I heard was their begging me not to go.

“Before, when I used to leave Kafranbel, I would count the minutes until I came back, but this trip was like a nightmare. On my way, I couldn’t stop thinking about my children, would I ever see them again?

“When I arrived at Maraat Al-Nu’man, about 15km from my town, I asked the driver to turn his walkie talkie on so we could hear of incoming airstrikes. I told him, ‘keep driving, if death is destined for me, so be it.’

“When I reached Kafranbel, the streets were empty. I saw the destruction of the buildings that were targeted by the airstrikes. I headed immediately to my father’s house. He is 80 years old and refused to leave his home and land, like all the elderly in Kafranbel.

“Around 11 in the evening, I went to my house and by the light of my phone, I collected the most essential things we needed. I called for a truck to carry them, but it was so difficult to find one. I headed then to Salqeen town, to find a place to rent, but everywhere was full. I saw people sitting in the streets, out in the open. I temporarily rented a shop to store our things and eventually found a house with two small rooms, which I share with another 38 people.

“Displacement is a disaster, it’s no different in its horror and cruelty to bombing and air strikes. Some families chose to go back to their homes and live under the bombardment, because of what they suffered during displacement. We are afraid that the regime will soon start bombing our new homes, as if death is chasing us wherever we go.”