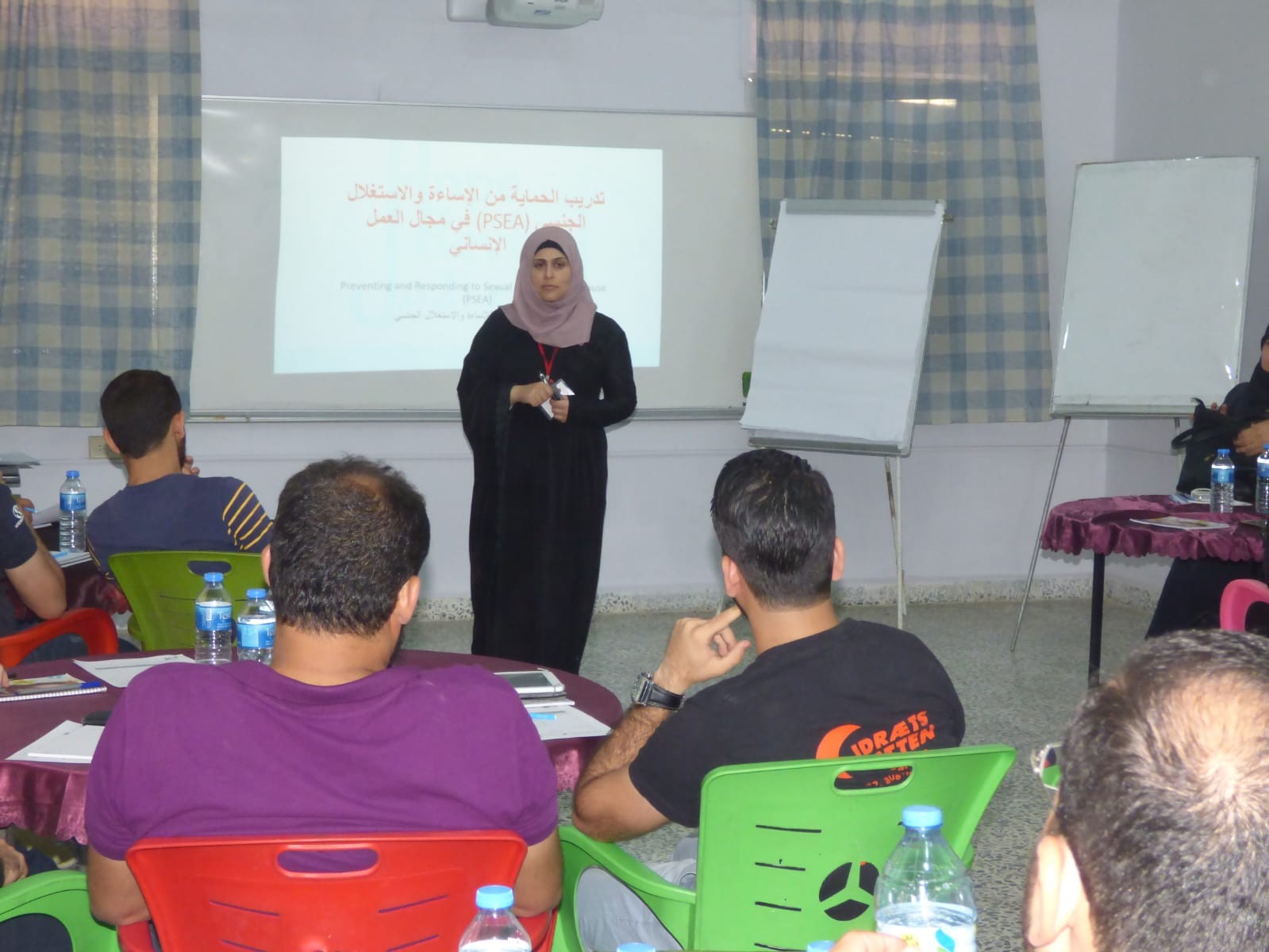 Fatima Hamid: The saying that you are my role model, encourages me to continue

Fatima Hamid: The saying that you are my role model, encourages me to continue

The saying that “you are my role model”

encourages me to continue

Fatima says, I recently moved to Turkey, I was living in the
town of Kfaruma until recently. I
taught and worked with civil society organizations, in addition to volunteering
with several bodies concerned with social and women affairs, such as “Youth for Change”, “Syrian Women ‘s union” and “Women’
s Association”. I am
currently a volunteer for “Diaa for Women
Protection”. I have
also received numerous training with organizations concerned with defending
women’s rights and against gender-based violence such as “Tastaqel” and
“Women Now”. Fatima has
worked and volunteered
in several organizations dealing with gender-based violence during the past five years, and she
worked as a trainer and researcher in addition to her work as an Arabic
language teacher.

On her departure from Syria, Fatima says “We were forced to leave after news
about the regime intention to
invade Idlib, and this was enough to decide to move to Turkey, apart
from my concern for the future of my children and their education”.

Fatima talks about her relationship with Syria, saying “Before the revolution, I did
not feel that Syria belonged to its children but to the Assad family, so I
formed a relationship of affiliation to my city and town, Idlib was always a
marginalized city”.
Fatima explains “My
strongest relationship was with Kafruma and Maarat al-Numan. I spent my
childhood and youth there, where my family and friends are. And this
affiliation was strengthened after the revolution, as Kfarma was one of the
first towns that revolted in Idlib and with a large number of martyrs. For example, I
am a sister of two martyrs.

Fatima recalls the beginnings of the revolution and says “When I was a child, my
father was an opponent of the ruling Baath Party and he told us how Hafez al-Assad assumed power, and about the oppression and illegitimacy of
this regime. When the revolution started, my aunt and I, we were behind my father in the demonstrations. The demonstrations roamed the
towns from Kafr Nabl to Hass to Kfaruma and Maarra. We were waiting on Friday
like a wedding. All this before people have to arm themselves, forced to self-defence.
We were forced to defend ourselves first against the regime and later against
Jabhat al-Nusra.

Fatima continues, with the continuation of the revolution, I
became involved in relief work, and my little house turned into a shelter for
the displaced who were coming from the neighbouring towns, as I worked with the
Expatriates and Martyrs Association to help widows and the “Nabaa”
Association for Education and Relief.

At the end of the year 2014, a turning point occurred in
Fatima’s life after her husband was martyred, she says “I have assumed more responsibilities,
and I am the only one responsible for my children, I must secure their studies
and their livelihood, besides that I must continue the revolutionary work”.

Fatima adds, “I did not find actual support from my
immediate surroundings, and I started to feel the burdens that women carry,
especially widows. They are vulnerable in our society and are subjected to
oppression and harm, at least psychological.” She has attended several trainings and
volunteered and worked with several centres concerned with women and their
empowerment and gender-based violence”.

Regarding her current situation in the new country, Fatima
says “I still have a
period of frustration, as the revolutionary work that I used to do in Syria is
unlike that in Turkey, and stability, creating a job opportunity, creating a
network of relationships, insurance and schools for all children are not easy
matters”. Nevertheless,
Fatima is making efforts to adapt to the new situation, saying that she is attending training with
women’s and community organizations.

“I
hope that the SWPM is the link between the Syrian women inside and outside Syria because
we cannot deny the existence of a gap between the two worlds, even if we are
different, as Syrians we meet on close goals and common concerns, such as
protecting women first and obtaining their rights, then empowering them
politically.”

Fatima’s interest in political work started in 2016 when she
was a member of the Idlib National Platform as a representative of women’s
organizations. She says “I
liked political work
and I was always interested in it, but I
still need a lot of training to surround its levels. We, Syrian women in general and women of Idlib, in particular, were very
confined and our
participation in political or even community life was not desirable”.

On the challenges facing political action in Syria, Fatima
says “In my opinion, a
fragile economy impedes political activity, as a citizen who lives below the
poverty line and is deprived of a loaf of bread, will not pay any attention to
any political empowerment initiatives. The economy is linked to politics and
vice versa”.

As for the challenges facing women in political work, Fatima
considers that “the
limited education of women, especially higher education, played a large role in
limiting their political activity, but our culture and curricula were never a
believer in the ability of women to delve into the midst of political life,
even political action It was often considered formal and ineffective in Syria,
and we do not forget that female representation in political life in Syria was
also formal” Fatima
adds.

Regarding her joining the “Syrian women Political Movement,” Fatima
says: “I was following
the movement’s publications on social media, the topics that are discussed and its vision mattered to me, as it
intersects with my vision in terms of enhancing the role of women”. I applied for membership
of the movement and became a member of the movement”. Fatima believes that the movement
will have a role in the future.
Our Members work in all levels, from political negotiation to the media,
networking and public relations, and all of this would enrich the experience
and highlight the movement’s role.

“I
hope that the movement is the link between the Syrian women inside and outside Syria because
we cannot deny the existence of a gap between the two worlds, even if we are
different, as Syrians we meet on close goals and common concerns, such as
protecting women first and obtaining their rights, then empowering them
politically” According
to Fatima.

‘‘We, Syrian women in general and women of Idlib, in particular, were very confined and our participation in political or even community life was not desirable.”

about the Syria
I dream of and aspires
to “I dream of a free
Syria for all Syrians, all segments of society, all religions and sects, Syria of Citizenship, I hope that
one day every Syrian will feel that Syria is his/ her homeland.

To the
Syrian women, I say “We as women have strength, persistence and
challenge, we can participate and make decisions, we can change, we provide support”.

One of the painful memories for Fatima is “When
my father died the same day my brother was released from prison, and the death
of my husband was a very cruel experience”.

Fatima describes the most beautiful situation in the past
eight years, saying: “I
was a teacher for the first grade in a school, and when my husband was martyred
the children were sensitive to my situation, and they urged each other to study and sit quietly to
help me overcome the ordeal. When the school evaluated the students, my class ranked first. This
is the most beautiful memory I have”.

One of the situations that encourage me to continue my journey is my son says to me: “You are my role model, mother.”