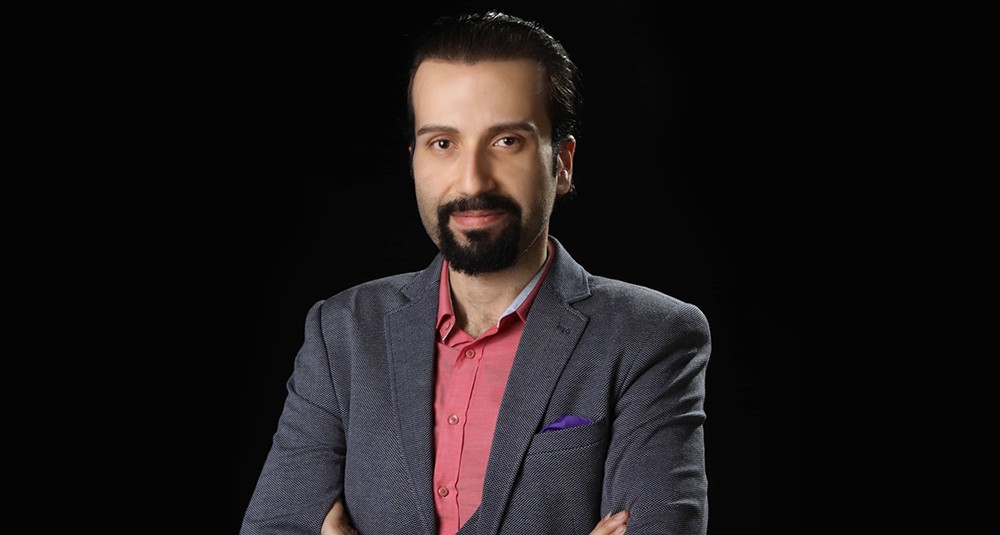 Malek Alhafez, The Regime’s Crackdown Has not Deterred us to Demand Freedom

Malek Alhafez, The Regime’s Crackdown Has not Deterred us to Demand Freedom

The Regime’s Crackdown Has not Deterred us to Demand Freedom

Malek Alhafez was born in Damascus and he currently lives in
Amman, Jordan. With an MA in Media and a Diploma in Political Science, he works
as a political analyst and a researcher. He is a journalist in Rozana FM radio
station, a member of the Syrian Chamber for the Support of Civil Society, and a
researcher at the Scandinavian Human Right Institute. He currently writes for
several Syrian and Arab media outlets such as Sasa Post, Realist Experts
Centre, Modern Discussion, and Noon Post.

Malek describes his relationship with Damascus as such:
“After leaving my city, I discovered that my relationship with it was a spiritual
one. It’s so difficult to put into words. Even though all of us, Syrians, felt
like strangers in our own homeland, we never ceased to love it. This love was
made clear when people withstood the regime’s crackdown in order to demand
freedom and a better future for their country.”

Malek left Syria for Jordan late in 2011 due to various
reasons such as pressures from security forces because he lived in an area
which witnessed demonstrations very early on. His family was also worried that
he would be arrested if he stayed. “I took my family’s advice and left even
though I do not believe in prioritizing personal interests over national interests”
he explains. “However, leaving the country did not mean the end of my troubles.
Being a refugee is a situation which is not easy to come to terms with. This
was my personal view as well as the view of countless other Syrians living
through this painful experience.”

The first sparks of the revolution in Damascus gave Malek
the hope that the struggle for freedom, which has swept through several Arab
countries, might finally reach Syria. “The start of the revolution was the
first step towards changing the mentality of Syrian people and raising
awareness about the need for change. It was vital at such an early stage to
stress the importance of civil activism and work against the militarization of
the revolution,” Malek says. “A large section of the Syrian people already had
motives for revolution such as demanding the implementation of the principle of
citizenship. As for me, I was just another Syrian citizen who dreamed of
freedom, dignity and equal citizenship. Above all, having full citizenship
rights was always at the top of my list of demands.”

“My actual political activity started back in 2006,” Malek
elaborates. “I had questions and reservations about political life and the
regime in Syria, things like how Bashar al-Assad inherited presidency after his
father died, the widespread oppression and corruption, as well as the fragile
nature of the regime on the internal front. I became convinced of the need to
be active and collaborate with others to change the status quo. I started with
a few friends, male and female, to work on a small scale by holding regular meetings.
This happened in the city of Damascus, while similar activities happened in
other cities.”

Malek believes that, in its political activity, the Syrian
opposition has made the same mistakes that the regime made in foreign policy,
and that the challenge nowadays is that the opposition has to form alliances
with regional and international powers who do not have a clear agenda. “I don’t
want to make a sweeping generalization and say that opposition forces are mere
followers of foreign powers, but there is no doubt that the Syrian people have
lost their influence in the political discussions about their own country due
to such alliances and understandings which are based on wrong political
principles. We have reached a stage where we are waiting for other countries to
reach an agreement about Syria instead of us Syrians reaching such an
understanding among ourselves. In brief, the Syrian voice is being silenced and
no one treats us as equals. Any Syrian initiative is met with suspicion and is
often accused of treason or serving another country’s agenda.”

Discussing the challenges facing women, especially those
working in politics, Malek says: “The challenges facing women in the field of
politics are particularly complicated due to several reasons. The most important
factor is that the Syrian society is male-dominated and thus it views women as
inferior to men. This is caused by a social authority which even the political
authority was not able to undermine. On the contrary, political powers seem to support
such views. Women in political positions in Syria were no more than a décor; their
influence was limited to ministries such as Culture and Social Affairs. These
were not key positions in the grand scheme of things. They were considered the
exception rather than the norm.”

“Even among political opposition powers, women have not yet
taken their deserved place,” Malek adds. “Women have not been given adequate
representation, especially in terms of numbers. Women’s involvement in
political bodies is still not the result of a deeply held belief in women’s abilities.
Rather, such participation is caused by the need for female representation in
these organizations. That’s why I oppose the idea of quotas for women’s participation.
We must acknowledge women’s role in pushing for political action. We need to benefit
from women’s intellectual and practical skills in various fields.”

One of the earliest members of the SWPM, Malek explains his
decision to join, “I liked the movement’s aims, principles and even its name. I
was also impressed by the fact that it was open for men as well as women. This
was the real distinguishing feature of SWPM and it proved their commitment to
the principles they preached. Despite the difficult task of the movement, its
members were able to join efforts in the formulation of a vision for a new
Syria. We are fully aware that political action requires a great deal of
patience, perseverance and it needs to be carried out by people who possess a
high level of culture and wisdom. The members of SWPM meet these requirements,
each in their area.”

Malek believes that a necessary condition for correcting the
path of the Syrian political opposition is to return to the basic principles of
the revolution. “That way we can preserve the very existence of our cause. It will
also restore respect to the Syrian activists who took the first initiative and
called for a free Syria. We have suffered enough from regime tyranny, from
terrorism and from foreign interference. It is our duty to place Syria’s
interests above our personal gains. We need to carry on so that the sacrifices
of Syrian men and women do not go to waste.” Malek confirms that such ideals give
him the motivation to continue his political activity. He is also urged by his
desire to employ his education and experience in the service of the Syrian
cause and in rescuing the country that he loves. This is the only way to
achieve social justice for people who lost their lives, were displaced,
imprisoned, or lost dear ones.

Describing the Syria he wishes to lives in, Malek says that
it is a country with equal citizenship and social justice for everyone. “I
dream of the day that Syrians feel proud of their constitution, and implement
its provisions in their daily lives. I dream of Syria as a country of leading
scientific and cultural institutions,” he says.

To Syrian women, Malek has this piece of advice, “I do not
mean to be unfair to men, but I believe that men are for words and women are for
actions. Women have a great deal they can achieve for their country in all
areas. Any progress in Syria must have a feminine factor in it. Therefore, it
is the women’s responsibility to continue to promote their role not only through
participation, but through promoting new initiatives for a solution.”