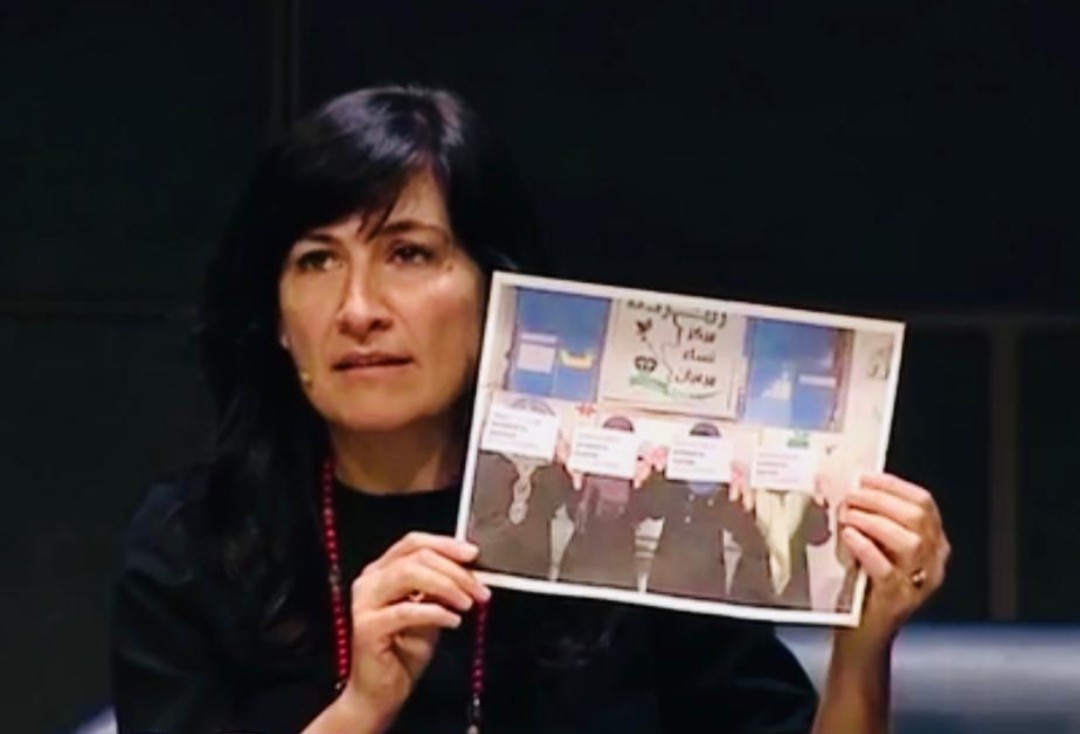 Mariam Jalabi, My Existence is a Revolution

Mariam Jalabi, My Existence is a Revolution

Mariam Jalabi was born in Damascus, her father is a writer, a political and social activist. He was detained by the regime several times and was subject to torture, so he had to leave Syria with Mariam’s mother in 1970s and lived in Germany, Saudi Arabia, and then Canada. Before joining her parents, Mariam lived till the age of 14 with her aunt and uncle in one Circassian villages of Quneitra. The village, where her mother grew up is called Beer Ajam. Mariam says that with the beginning of the revolution, many locals from the neighboring areas came to the village, thinking that it will be a safe place for them as it is considered a demilitarized zone. However, regime forces stormed it with tanks in 2012 destroying homes and killing civilians, including her uncle, who was shot by a sniper. The rest of her relatives fled to the Lebanese borders then to Turkey.

Mariam was one of the first people who dedicated their time for political activity in New York. She left her business in marketing, after she had found a company that provides marketing consultancy services for garment companies, and she had her postgraduate studies in international relations in the university of New York, with a focus on gender perspective in politics. She was among the first people who helped and communicated with the coordination committees inside Syria. She participated in the first meeting of the opposition in Antalya in Turkey, and she was among the groups that requested the inclusion of women in all committees that started to be established at the time, in addition to participating in establishing then running the National Coalition office in New York, then she became the representative of the Coalition in the United Nations. She participated in all the meetings of the opposition in Egypt, Lebanon and Istanbul, and she was one of the foundersof the Syrian National Council.

“For me, when the revolution started, it was like rain watering a thirsty land, my very existence is a revolution, and it is my duty to work for the oppressed and the persecuted”

Currently, Mariam works with different NGOs and projects, but her main focus is representing the Coalition in the UN, in addition to her work with SWPM, which she co-founded and is now a member of the general secretariat. She participates in all projects organized by SWPM with external parties and organizations, in addition to her work in other projects related to Syria like a project with US Institution for Peace (USIP), which focuses on meeting with as many male and female Syrian citizens from several areas inside Syria as possible, to identify the different challenges they face in their efforts to implement their projects, especially women. Mariam says that she focuses in her research on learning whether religion is an obstacle or a helping factor for those women in executing their projects on the ground.

Mariam continued to visit Syria after she left it in the late 1980s, due to the nature of her job in marketing. She had relations with companies in Turkey, so she was keen to visit her aunt whenever possible. “I used to go there for a week, then I flee before the intelligence come to ask about me” Mariam says. The last time she visited Syria was in 2011 before the start of the revolution. Today she is living in New York. She is married and she has two children.

Talking about her motives to participate in the revolution, Mariam says that she experienced the injustice of the regime who displaced her entire family since 1970s, and that all her family members experienced detention and torture, so it was normal for her to be part of this revolution after this family history that is full of injustice, tyranny and dictatorship of the regime. “For me, when the revolution started, it was like rain watering a thirsty land, my very existence is a revolution, and it is my duty to work for the oppressed and the persecuted”.

“SWPM has achieved and will continue to achieve a lot on the political level. I believe that women influence will be stronger when they work together in one entity, instead of working separately.”

Regarding the challenges of political activity in Syria, Mariam believes that no society living under an authoritarian, dictatorial and repressive regime that is founded on the use of all kinds of violence against its people, can produce a sound environment for political action. In terms of challenges facing women in particular in politics, she says that women don’t exist in political sphere, and this challenge is not only at the Syrian level, but rather at the international level as well. The percentage of women representation in politics is very low. Mariam explains that as part of a global masculine system, Syrian women face a difficult mission and a long journey in which they have to struggle and fight to earn their place in the political field and reach decision-making positions, side by side with men. She adds that one of the huge steps achieved by Syrian women for instance, is the high percentage of women membership in the National Coalition, which reached 15%. This should continue to reach 50%.

Mariam says that she has always thought about the importance of a women political entity that represents Syrian women in the political space. The idea of establishing SWPM started with a group that Mariam was part of, along with May al-Rahabi, Basma Kadmani, Alis Mufarej, Wijdan Nasif, Hind Kabawat and Jumana Seif. They created what they called the preparatory committee which started communicating with donor parties and different organizations to support the movement. Among such parties were “Kvinna till Kvinna Foundation”, “WILPF” and “Independent Diplomats”. After that, Mariam nominated herself to become a member of the SWPM general secretariat, whose members has exceeded 100 members now.

Mariam considers that SWPM has achieved and will continue to achieve a lot on the political level, because it believes that women influence will be bigger when they work together in one entity, instead of working separately. SWPM is the first feminist political movement that imposed itself in the political sphere. It started to receive invitations from different parties to participate in several events, such as the event SWPM held at the UN on forced displacement. Mariam says that the impact of the Movement has become remarkable, especially with the increase in the number of women attending conferences, events and meetings, and that it made a “Quantum Leap” in supporting and promoting women participation in political activity, because it encourages its members to be present in any political place and demand to be present on decision making positions. Mariam calls on all Syrian women who wish to be part of the public space for change not to hesitate to enter this space and seek the help of other Syrian women already working in the political arena.

“A just cause cannot be lost, no matter how long it takes. The oppressor and tyrant will lose one day. However, to continue defending our cause, it is very important and necessary to continue our work, be armed with patience and recognize that our efforts will not go in vain.”

Mariam believes that “a just cause cannot be lost, no matter how long it takes. The oppressor and tyrant will lose one day”. However, to continue defending our cause, it is very important and necessary to continue our work, be armed with patience and recognize that our efforts will not go in vain. “I personally consider that one of the biggest mistakes that we made was confronting the regime with weapons, which is the language that it understands very well. That prevented us from resisting it. It is important now to use a peaceful nonviolent policy to confront this dictatorial regime”, Mariam says. Since 2011, Mariam has dedicated her professional life for Syria at large and for women in particular. She believes that if Syrian women were empowered through SWPM to present a Syrian model to the world on political work through a gender perspective, this may lead to achieving good results on the Syrian arena.

Recalling the most beautiful moments she lived in the past eight years Mariam says that she was moved every time she saw a demonstration that brings large numbers of people, including women, men, young and old, where they stand in unity and solidarity, regardless of their religious, cultural and social backgrounds. Gathered only to chant for freedom, justice and dignity. As for the worst moments that influenced Mariam a lot, she says that the fall of Daria which was, in her opinion, one of the pillars of the revolution was the first one, and the most recent moments that moved her was the death of activist Raed al-Fares.

About Syria that she dreams of Mariam says: “My dream is that the Syrian people live in freedom and dignity, restore all of their civil and legal rights, no one be subject to detention or torture, no one be forced to escape their country because of a political opinion or anyone to resort to bribery to achieve certain purposes.”