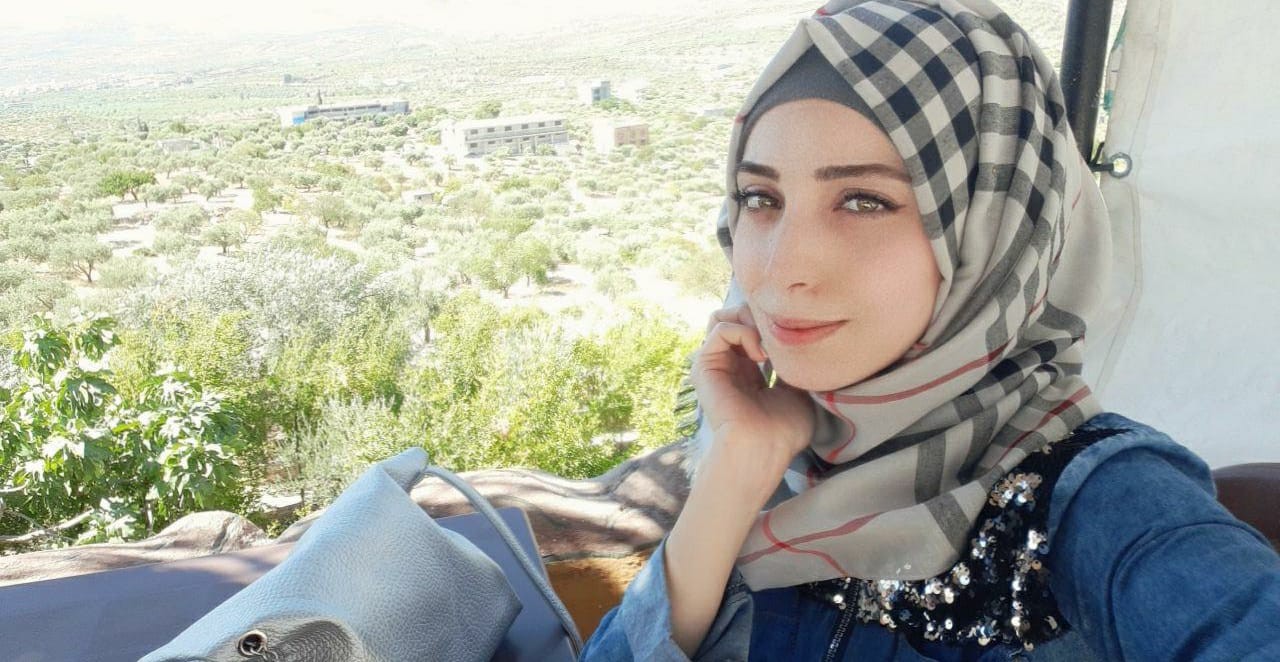 Mona Bakkoor, we shall strive for freedom using all possible peaceful means

Mona Bakkoor, we shall strive for freedom using all possible peaceful means

We shall strive for freedom using all possible peaceful means

Mona Bakkoor was born in Idlib in northern Syria. During her
school years, she moved between the cities of Tabqa and Deir Ezzor. She
currently resides and works in Idlib. Mona studied Arabic literature for three
years, but the situation is Syria stopped from completing the four-year degree.
With an interest in media, she started to work on developing her journalistic
skills. Mona is now a reporter for Watan FM radio, and an editor for Start
Point organization.

When the Syrian Revolution broke out in 2011, Mona was still
a secondary school student living in the city of Tabqa. Due to a heavy presence
of regime forces, the city had no revolutionary activities, but Mona was
following the developments of the revolution through social media and TV. It
was when she returned to the town of Kafranbel in Idlib in 2014 that she
started to actively take part in the revolution. “I first worked for Radio
Fresh. I was part of a group of male and female workers who received an
intensive training course in journalistic work. We were the first group of
women and girls from the region to use the media to represent the revolution.
We also worked on several awareness-building radio programs directed at women,”
she says.

Mona describes the city of Idlib as “Little Syria”. “When I
walk in the streets of Idlib, I meet people from Daraa, Damascus, and other
Syrian cities. There are people from all regions. Idlib has welcomed all and
became the lastrefuge for Syrians who decided to stay,” she explains.

“My interest in politics became more focused after I joined the SWPM, which I saw as a real entity whose effects are felt on the ground.”

About what awakened her interest in political activism, Mona
says, “It started with asking simple questions after I participated in some women-only
activities. Questions like: Why are women absent from political activism? How
does the Syrian constitution marginalize women? My interest in politics became
more focused after I joined the SWPM, which I saw as a real entity whose
effects are felt on the ground.”

Mona believes that the most significant challenge facing
political work in Syria is the lack of political insight, even among those who
represent the Syrian people. Another problem is that Syrians are yet to reach a
common ground for the most basic principles such as equality between men and
women in politics and elsewhere. She elaborates about the challenges that
generally face women in politics further, “Women are bullied the minute they
enter the field of politics because it is seen as a male-only domain. Moreover,
society has created a huge chasm between women on one side and the world of
politics on the other. Most women are excluded from politics so it is no wonder
that women have been absent from political activism for decades.”

Mona learned about the SWPM through social media and she began
inquiring about the movement’s activities, goals and members. She wanted to
know what possible future change the movement might make, especially with
regard to women. “I found that my ideas and the change I aspired for corresponded
to the goals of the movement so I decided to join,” she explains. “The movement
aims to bring about a change in the Syrian political scene so that women can have
their fair share and equal participation in decision-making positions. Women’s
role can be crystallized in a new constitution which guarantees the rights and
duties of everyone, regardless of religion, sex, gender, nationality, social
class, etc.”

“If we agree to go back to the main demand of the
revolution, which was Freedom, we would achieve all our goals. All practices
and demands that will help improve our situation as Syrians revolve around this
key concept.”

Mona is optimistic about the future of Syrian women. “There
have been several serious steps towards the political enlightenment of women here.
They have taken the form of workshops, seminars and several other activities specially-designed
for women,” she says about Idlib. “If we agree to go back to the main demand of
the revolution, which was Freedom, we would achieve all our goals. All
practices and demands that will help improve our situation as Syrians revolve
around this key concept,” she adds.

Asked about her motivation to continue her political and journalistic
activity despite all the frustrations the revolution has experienced, Mona says:
“The just cause that I believe in remains the same despite the obstacles. Every
morning I wake up driven by a desire to work for change, no matter how small. Even
if we do not reap the benefits now, future generations will inevitably realize
that we have made a difference. I am currently interested in the field of legal
documentation. I am participating in extensive training and I am doing some research
into the experiences of certain peoples with their different governments. The
suffering and struggle of our people must be properly documented.”

One of the most memorable moments for Mona was the time when
she finished her first radio report and her first written piece. “At that
point, I felt that I had taken the first sept in this field and that I had made
myself somehow known in it. The revolution made me realize the importance of
media and journalism and I wanted to help in delivering what is happening in my
town. I wanted to be a free Syrian civil voice,” she says. “Another highlight
has been the time I met my husband.”

On the other hand, one the most painful events she has been
through during the past nine years was the time she had to leave her house in
the city of Tabqa. She sees this event as an episode of forced displacement
caused by regime brutality and the subsequent invasion by Daesh (the so-called
“Islamic State”).

About the Syria she dreams of, Mona says, “I dream of a
peaceful country which has stopped mourning for its losses, a Syria that is
fair and free, a place where people do not need to emigrate to secure
necessities of life like education, a place to live, or their daily bread. I
want a country with elected governments that represent the interests of the
people.”

Addressing Syrian women, Mona says, “You are much stronger
than you think. Never stop aspiring. Never let anyone stop you. You can learn
and participate in political life or any other field you wish to be involved
in. You are an essential part of Syria. Free Syria needs you.”

To the people of Idlib, she says, “Trust those who are
trying to work from inside Idlib, for Idlib. Believe in them and support them.
The key thing is not who controls a region or who makes a military advance on
another. The key criterion is who is still adhering to people’s principles and
demands. We demanded freedom and we shall strive for it using all possible
peaceful means.”