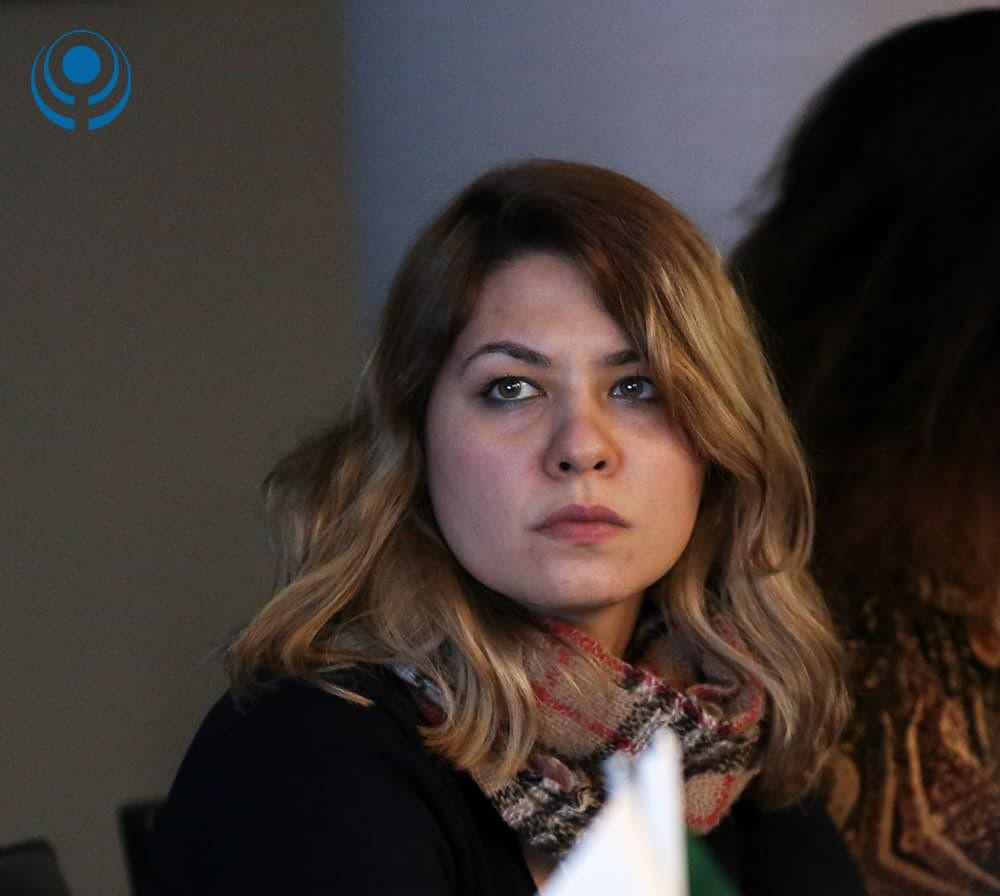 Muzna Dureid, The Syrian Women’s Political Movement is Building for the Future Syria

Muzna Dureid, The Syrian Women’s Political Movement is Building for the Future Syria

Muzna participated in the revolution since the beginning, as her uncles and cousins were detained during the Syrian Anger Day demonstration on 15 March 2011. Muzna only knew about their arrest through a video published by the United Nations documenting the moment of their arrest. Since then, she started to communicate with organizations and to engage in the issue of detainees, in addition to her work with female refugees in neighboring countries with the start of the refuge influx in 2012. She launched a campaign that she called “Refugees Not Sex Slaves” to counter early and forced marriages of female refugees in refugee camps. Additionally, Muzna worked on raising women awareness on unexploded ordnances and mines and how to protect their children from them. Later, she worked in peacebuilding with “Badael” Organization. After she moved to Canada, Muzna worked with the Canadian Red Cross for Refugees and the White Hamlets Canada office in addition to working with “Urnammu” organization concerned with documenting violations perpetrated against detainees.

Muzna had to flee Syria out of her fear to get detained, after the second detention of her brother from Damascus international airport and the killing of her uncle in a demonstration in July 2011. Muza says that difficulties she is facing as a refugee are similar to those suffered by most Syrians who had to leave Syria, including leaving their families behind, rebuilding a future in the country of refuge with all the material and psychological burdens and the feeling of guilt and responsibility for the people who remained in Syria.

Muzna says that her interest in political work started after she moved to Canada since it is a stable country with a democratic political system that allows engagement in politics for those who want to. In addition to her voluntary participation in the political parties’ electoral  campaigns and direct contact with politicians and civil society in Canada, Muzna was one of the co-founders of SWPM. Muzna says that when the founding meeting of SWPM was determined, she had exams at the university, but she prioritized the meeting over anything else, because she believed that there were some historical moments that might never come again. So, she says that her actual political activity in regards to Syria started only with SWPM.

Muzna Says that the challenges facing political activity in Syria are plenty, including the fact that the Syrian decision making is not in the hands of Syrians and the exclusion of women and young people in all forms, not only by the regime, but also by opposition political entities. That’s what SWPM tries to avoid in its work as an inclusive feminist movement that includes men and women from different political, age, ethnic and gender backgrounds, and respects these differences and invests them in a new vision addressing all the needs of Syrian men and women.

Muzna joined SWPM because it is not working for the immediate needs, it is rather building and laying the foundations for political activity for Syrian women during and after the revolution; during and after the conflict, for future Syria and the coming generations. On the long term, SWPM is aiming to qualify women to compete Bashar al-Assad for presidency, because it is working on creating female politicians competent to lead the country. Muzna expects SWPM to succeed in achieving its goal in increasing women representation in politics to 50%.

Muzna stresses that every Syrian woman and man should work from their different positions to stop the reproduction of the Assad regime or restoring its legitimacy by communicating with organizations and the governments of the states they are living in, as well as by supporting the goals of the revolution and our main cause, especially after Syria has fallen under several occupations and proxy wars fought by Syrians against Syrians for the interests of Turkey, Iran and Russia.

The motive for Muzna’s participation in public affairs is her dream to rebuild her country, serve justice and achieve equality among all people. In addition to that she feels that her country should benefit from the knowledge and experiences she has acquired, and that she has an obligation to contribute to building and improving her country because it needs the expertise of Syrian women and men after the destruction and deterioration at all levels.

“We hope one day to see a Syrian woman in the position of the president of Syria. We should know that our work will not necessarily give immediate results; rather, we are laying the foundations for the next generations that will lead Syria.”

Some of the most beautiful moments Muzna lived during the revolution were the demonstrations in Syria and the Arab spring that brought back the feeling of the importance of our voices and the right to speak out our demands. However, the worst moments for her were the martyrdom of her uncle who was shot by a sniper during a protest in Damascus, then the siege of the neighborhood she was born and raised in for five years and the destruction of her house in al-Qadam neighborhood, south of Damascus, and the forced displacement of her family to the north of Syria.

Muzna addresses the Women of Syria saying that we should be aware that the road is difficult and full of threats and risks at personal and collective levels, but that is the cost of resistance and desired change, just like any other people or women who suffered in other states throughout history to realize their goals. We hope one day to see a Syrian woman in the position of the president of Syria. We should know that our work will not necessarily give immediate results; rather, we are laying the foundations for the next generations that will lead Syria.