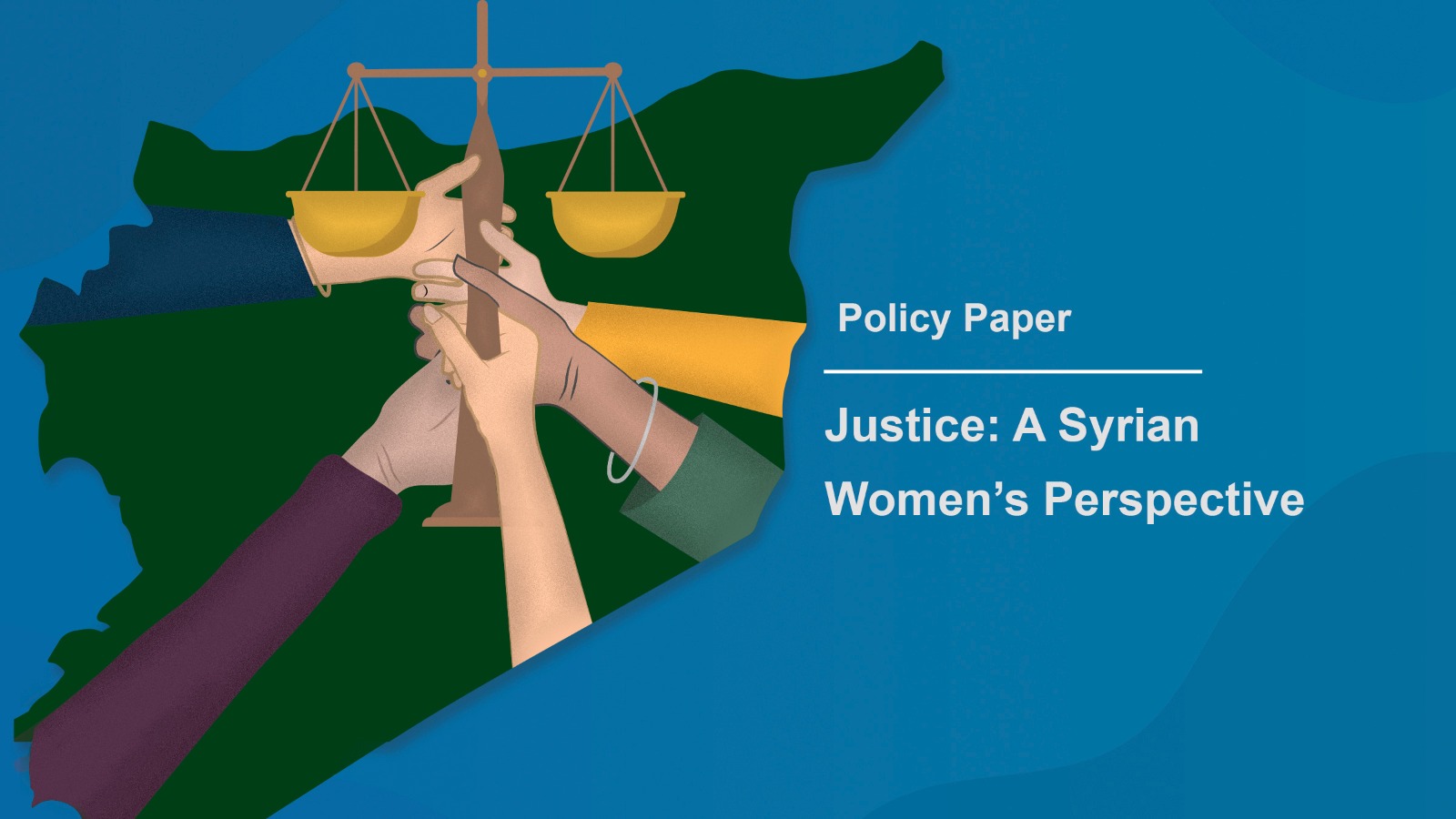 SWPM would like to thank all those who worked on and contributed to this publication, individuals and entities, namely Women’s International League for Peace and Freedom (WILPF), Friedrich Ebert Foundation (FES), Mari for Development, and all SWPM members and staff who assisted with the Consultations. This work would not have been possible without the Syrian women who participated in the Consultations and who, despite the dire conditions, were committed to this work to ensure that the voices of Syrian women are heard.

This paper relied on analyzing and classifying the findings of the consultative sessions, which took the form of focus groups organized by the Syrian Women’s Political Movement in August and September 2021. Despite the logistical and security difficulties, these sessions were held with 12 groups – including approximately 120 Syrian women from diverse cultural, social, and political backgrounds. Five of these groups were in regime-controlled areas, and seven in areas outside its control, including three in areas controlled by the Autonomous Administration. The women participants were asked several open-ended questions, and their reactions and feedback were closely monitored. The aim was to elicit their opinions and perceptions about justice as a concept, based on the experiences they had before and during the uprising, as well as the subsequent events that followed.

This paper seeks to expose perceptions of justice among Syrian women, whether in regime-controlled areas or other areas. Women’s views during the sessions reflected a deep and clear understanding of the concept of justice in its various forms, and we used the following classification in organizing this paper.