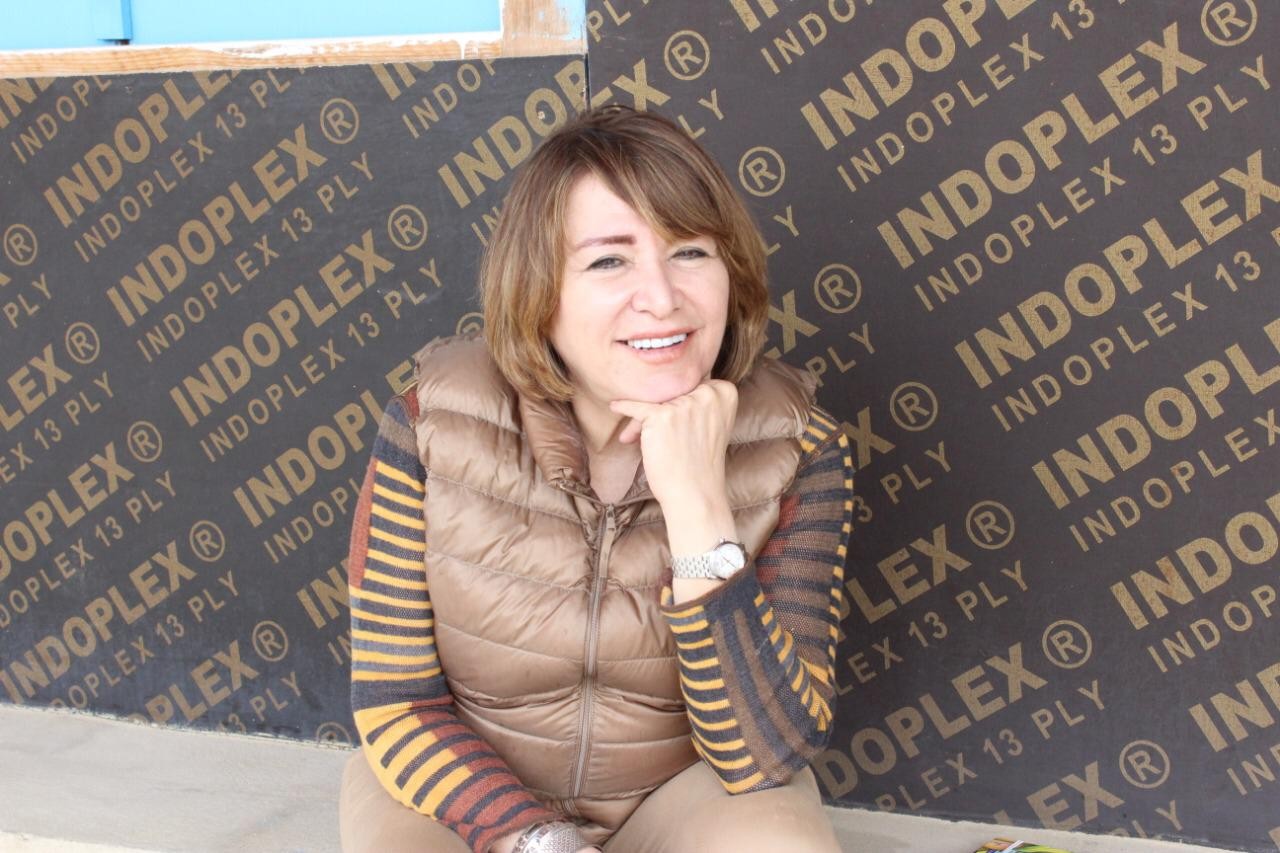 “Hold
on to Your Dreams and Goals”

Roula al-Roukbi
grew up in a family that was interested in politics and public affairs from
before the revolution. She was one of the first girls to go out in the first
protest in Hama in rejection of annexing Gaza and the West Bank to Israel. Then
when the revolution started in 2011, she immediately participated in the
protests that were staged in Damascus and Hama against the repressive and
dictatorial regime. She was also one of those who tried to create a political
movement out of the popular movement, and that continued until the end of 2012.

For 25
years, Roula has worked as the manager of al-Fardous Tower in Damascus. She
says that it served as a platform for many political and cultural activities
which she organized with Syrian and Arab intellectuals to discuss serious
topics in Syria and the Arab world. Then she opened al-Fardous Café which
turned into a meeting place for the revolution activists, but the regime forced
her to close it by the end of 2012. The regime continued pursuing and harassing
her, imposing a travel ban on her several times, until she left Syria in late
2016 to Lebanon, where she is working now as the director of Women Now organization,
in addition to her participation with other organizations and activities regarding
Syrian refugees in Lebanon.

“I joined SWPM and took part in founding
it out of my recognition of the need for a political movement to make change,
and the movement came as a realization for my old dream to see a feminist political
movement.”

Roula says
that the challenge facing political work in Syria is the repressive regime, which
only accepts the single party policy that dominates everything, and therefore
it wasn’t possible to have a public political work built on the genuine
grassroots. As for the challenges in this field facing women in specific, Roula
thinks that it can be summarized in the masculine mentality, social heritage
and the discriminatory laws. For example, women are usually afraid of detention
because that puts them under accusations related to “honor”. Even if women managed
to engage in politics, their presence remains cosmetic and they are not allowed
to reach decision-making positions because of the masculine mentality dominating
groups and political parties.

Roula says
that SWPM focuses on two aspects; the first is improving the performance and
capabilities of women inside Syria, and the second is communicating the voice
of Syrian women to international platforms. Roula expects SWPM to accomplish a
lot, thanks to the efforts of its members, to be present in international
platforms and introduce its viewpoint about the Syrian issue. Roula highlights that
the only solution to continue and achieve the goals and principles of the
revolution is through a real political transition that ensures a safe return for
the refugees and their settlement so they can contribute to reconstructing their
country.

“Get rid of your fear from the
society, social constraints and traditions. Be yourselves and hold on to your
dreams and goals.”

Roula dreams
of a pluralistic and democratic Syria whose citizens enjoy all their rights, where
women and men are equal before the law and by the law, and all forms of
corruption and discrimination between citizens are eliminated.

Roula says;
“Syrian women are strong and able to shoulder responsibility and support their
families on their own. Syrian women are well educated and they proved
themselves and their abilities in all fields. They deserve to be in
decision-making positions.” Roula adds: “Get rid of your fear from the society, social constraints
and traditions. Be yourselves and hold on to your dreams and goals”.