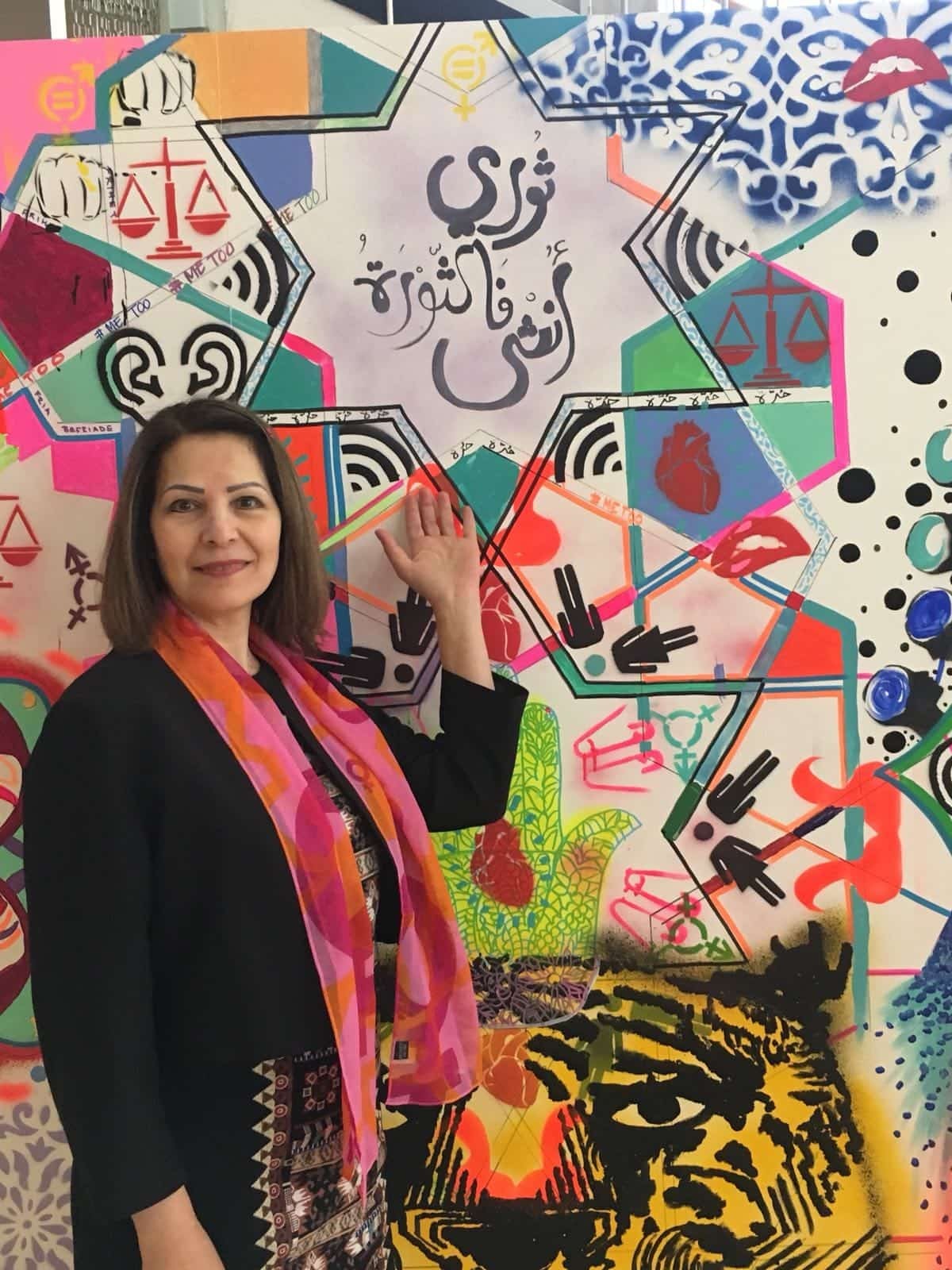 Samira Zair, The Revolution is The Dream of Change

Samira Zair, The Revolution is The Dream of Change

Samira Zair left Syria in 1990s because she came under a lot of harassment and was wanted by the security apparatus, so she had to leave for Sweden after a hard journey, as a last resort.

The revolution was the dream of change that Samira has waited for so long, so since the beginning of the revolution, she held the flag of the revolution and participated in protests staged in Sweden. She was one of the activists in Europe and a supporter of the revolution and its goals in democracy, justice and dignity for the Syrian people. Samira says that the revolution for her started in 1990s when she left Syria escaping the dictatorial regime. Back then, she tried with a small group of Syrians who were living in the diaspora for similar reasons to communicate and work with international humanitarian and human rights organizations, to help their friends detained in Assad prisons just for having different opinions. So, her cause, even before the revolution, was to convey the reality of the Assad regime to the European community.

Samira comes from a communist family. She says that her family house in Salamiya was open for all other parties and forums where secret meetings were held as well as lectures. So Samira was raised on the idea of defending rights, expressing opinion and respecting other opinions. When she sought refuge in Sweden 27 years ago, she had to strike a balance between her work for her country and integration in the country that hosted her and the importance to work for it as well because it will be part of her life. Therefore, she had to learn the rules of this country and how decisions are made in it, so she joined the Democratic Socialist Party in the city she was living in. Samira is the representative of the Swedish Socialist Party in the Women Association in the city she is living in and she is a member of one of the centers called the parliamentary centers for decision making which holds electoral circles every four years to nominate individuals to hold positions in decision-making circles pertaining to different fields in each city. Samira was elected to be one of the officials responsible for making decisions on everything related to school’s system in her city. She was later elected again to hold a position in the environmental section.

Samira says that Syrian women faced a lot of challenges in politics, including the real marginalization, as there are no women in leadership positions in any of the political parties and men are the decision makers in everything, even in issues related to women. Women expected the revolution to bring about genuine change in terms of women rights, including political rights. Samira says that when the National Council was established it didn’t have strong women representation. She coordinated a meeting in Sweden, where 120 women were invited from inside and outside Syria, to reject the real marginalization and exclusion of women from political bodies. The conference produced a preparatory committee that adopted the creation of Syrian Women Network in 2013.

“What distinguishes SWPM from other movements is that it is a pure political movement that believes in political action. That is a great achievement for women, especially that there are women who fear to get involved in politics and prefer to work civil and relief work instead. In addition, SWPM includes women from different backgrounds.”

Samira joined SWPM because she considered it the dream she has been waiting for so long, out of her conviction of the importance of having a political body that represents women and seeks to bring them to decision making positions to enable them make change in the future of their country and get all of their rights. She joined also because she believed in the goals and principles of SWPM. What distinguishes SWPM from other movements is that it is a pure political movement that believes in political action. That is a great achievement for women, especially that there are women who fear to get involved in politics and prefer to work civil and relief work instead. In addition, SWPM includes women from different backgrounds.

Samira says: “The establishment of SWPM and the Syrian Women Network were some of the most beautiful moments I have lived in the revolution, because they are a quantum leap in terms of Syrian women reality.”

“you must never stop dreaming and believing in your goals.”

Samira dreams of a Syria where democracy, human rights and civil peace are respected and women take part in making decisions and can be an effective force in any democratic transition in Syria. She also dreams of equal citizenship and elimination of all forms of discrimination, especially discrimination against women.

Samira says to the women of Syria: “you must never stop dreaming and believing in your goals.”