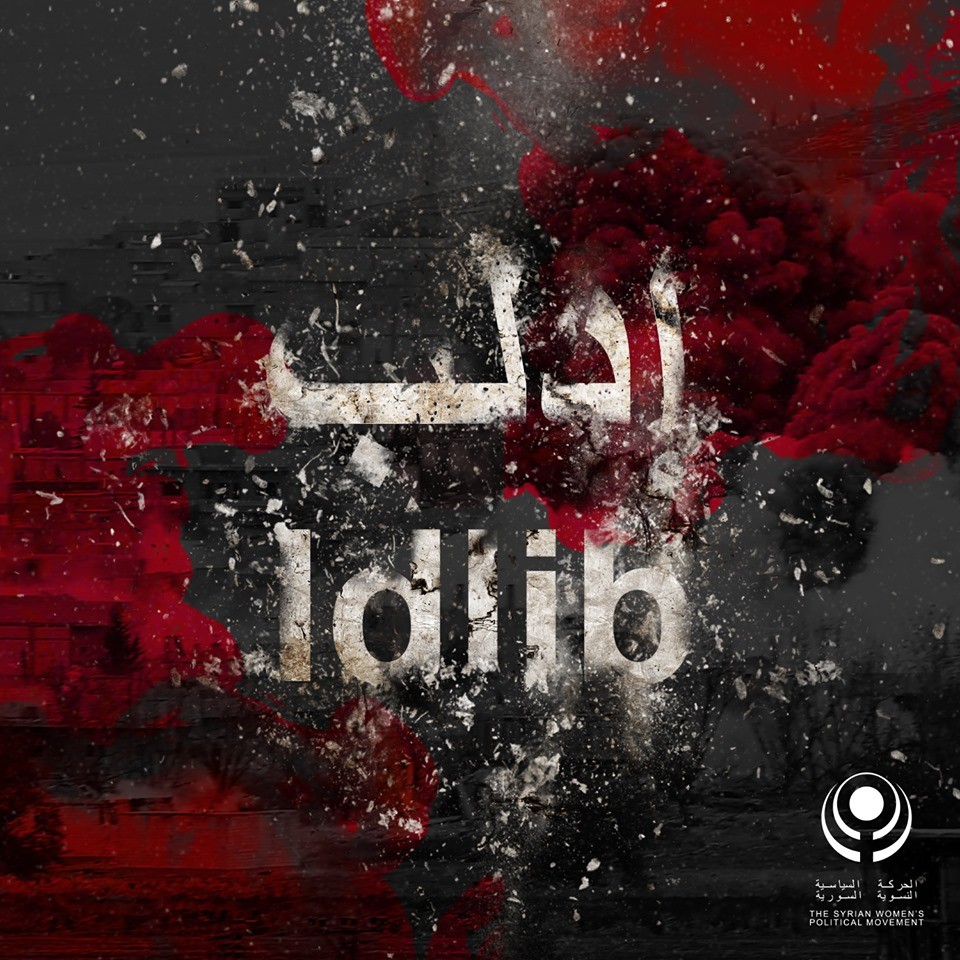 The military escalation by the regime and its Russian ally on the different areas in Idlib Province continues, where residential neighborhoods in Idlib City center were targeted yesterday killing and injuring a number of people, the majority of whom are women and children, in addition to damaging and destroying civic buildings and infrastructure.

This campaign breaches the De-Escalation Agreement and represents the regime’s military escalation strategy, supported by its allies, by which it avoids the engagement in any political process.

The Syrian Women’s Political Movement calls the state guarantors, in specific, and the International Community, in general, to assume their responsibilities, to take a clear position from these practices, to undertake serious and concrete steps to protect civilians first and pressure the regime and its allies to abide by the agreements, and to activate the comprehensive political process again while ensuring accountability.

The Syrian Women’s Political Movement asserts its anti-terrorism stance, in all its forms, but refuses to describe an entire society with terrorism only because some terroristic cells infiltrate or control it. It also emphasizes that the security and safety of civilians must be a priority to be taken into account when fighting terrorism. Hence, the direct war on residential neighborhoods must not be carried out for this.

The Syrian Women’s Political Movement praises the efforts of the White Helmets in saving the victims, and recalls that the continuation of the military operations in Idlib, which shelters more than 3.5 million Syrians who most of them were displaced from their areas to the north, will lead to a humanitarian disaster impacting the neighboring countries, the region and even the world.

Mercy upon the martyrs, freedom to the detainees and the disappeared and victory for our great people