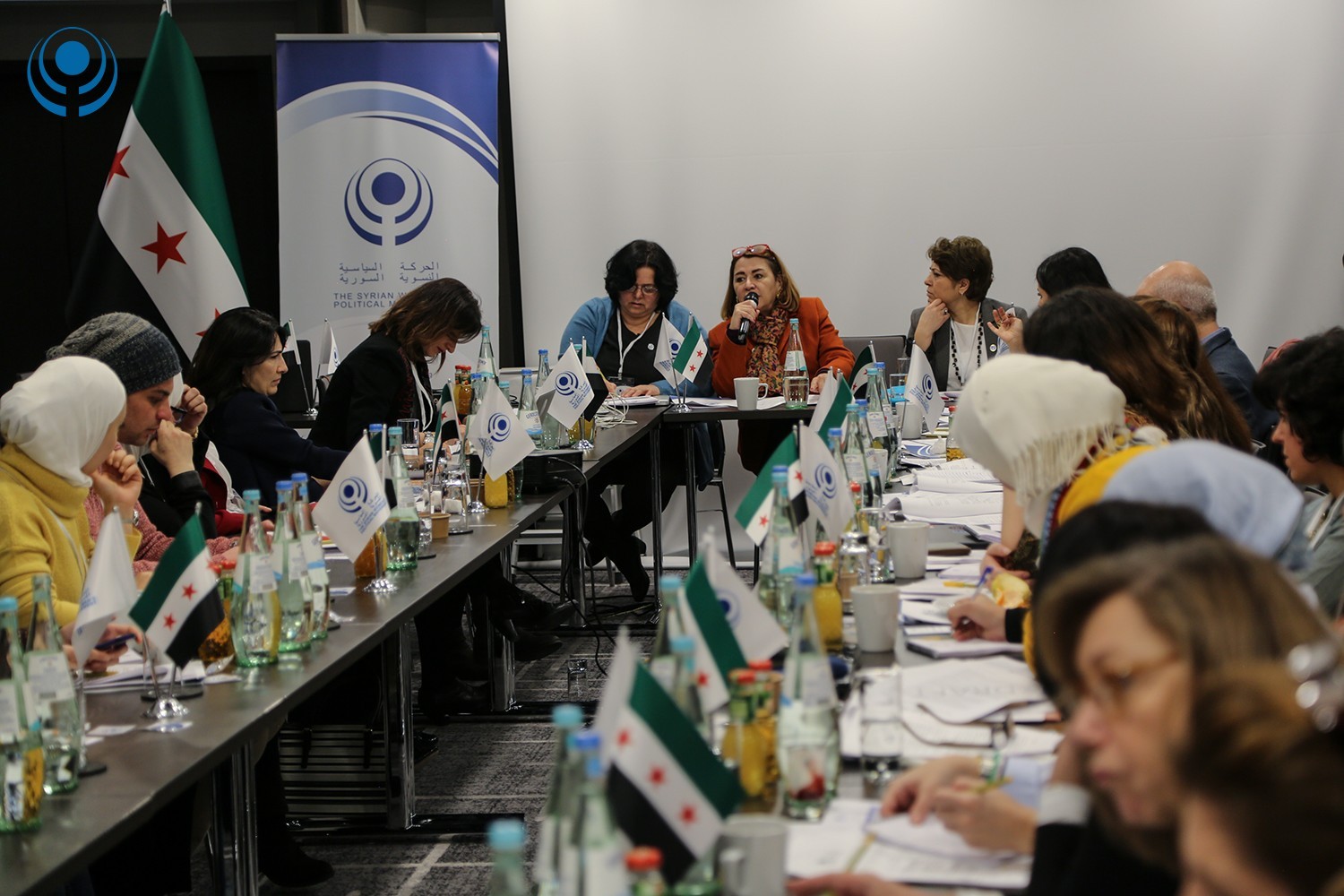 To establish a democratic and pluralistic State based on the principles of equal citizenship for all citizens regardless of their gender, race, religion, sect, geographic region or identity. A State based on the rule of law that affords equal rights to women and men without discrimination. A State protected by a gender-sensitive constitution that forms the basis for the elimination of all forms of discrimination against women at the political, legal, economic, social and cultural levels, and complies with all relevant international human rights treaties and conventions, in particular the CEDAW Convention.

We are Syrian women politicians and activists who oppose tyranny and demand freedom, justice and dignity for all Syrian citizens. We continue to defend the rights of Syrian women in our country. We hail from all segments of Syrian society, and have diverse intellectual and political backgrounds. Our movement is an inclusive one that includes women of diverse experiences and capabilities, and which articulates diverse Syrian demands. We all share a belief in women’s rights, gender equality and the importance of women’s empowerment and active participation in all aspects of life and decision-making in Syria and for its future.

5. Work with elements of Syrian society continuously and engage with them in order to support a constitution that guarantees women’s rights.