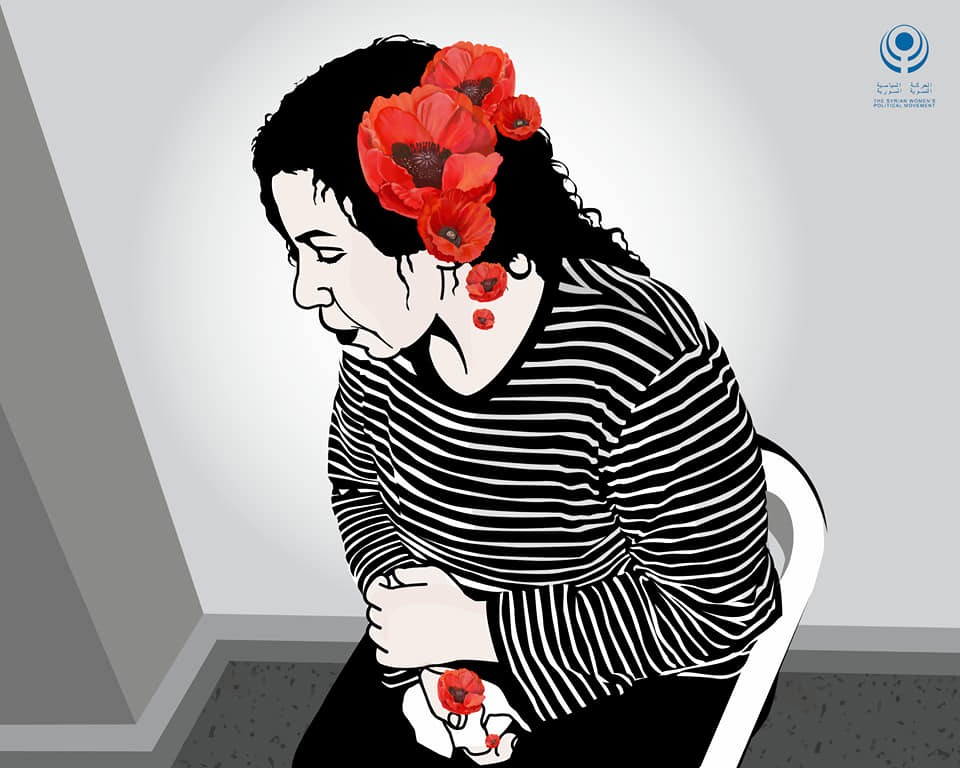 Civil activist, Reem al-Nasser, was violently assaulted by an armed group affiliated to the de-facto power in the city of Raqqa on 14 February 2019. The population of that city faced all sorts of oppression by the Assad regime and the de-facto powers which are still in control of the city to date. Al-Raqqa has been one of the cities in which civil society organizations thrived over the past years.

In SWPM, we condemn those assaults on male and female civil society activists in al-Raqqa and all Syrian territories by controlling powers whose violations are no different from the systematic oppressive methods used by the Assad regime to eliminate the peaceful civil uprising through detention, torture and intimidation to curb peaceful civil activity which is one of the most important pillars of promoting societal and human rights action particularly under the circumstances of all Syrian regions. Civil movement mitigates war’s devastating impact through providing education, capacity building, and societal activities especially to women and children.

SWPM believes that such practices against male and female activists undermine the foundations of civil society which seeks to promote the values of peace in a war-torn society. We call on our people and all those who believe in the revolution of freedom and dignity to condemn these assaults regardless of the perpetrator’s identity.

SWPM further calls on the international community, active states in the Syrian issue, guarantors and allies of the de-facto powers to reflect on those violations and hold those powers responsible for the protection of civilian men and women and allowing male and female activists to engage in civil action freely in areas under their control and highlight the importance of accountability and ending impunity.

May martyrs rest in peace, detainees and disappeared persons be free and our great people emerge victorious