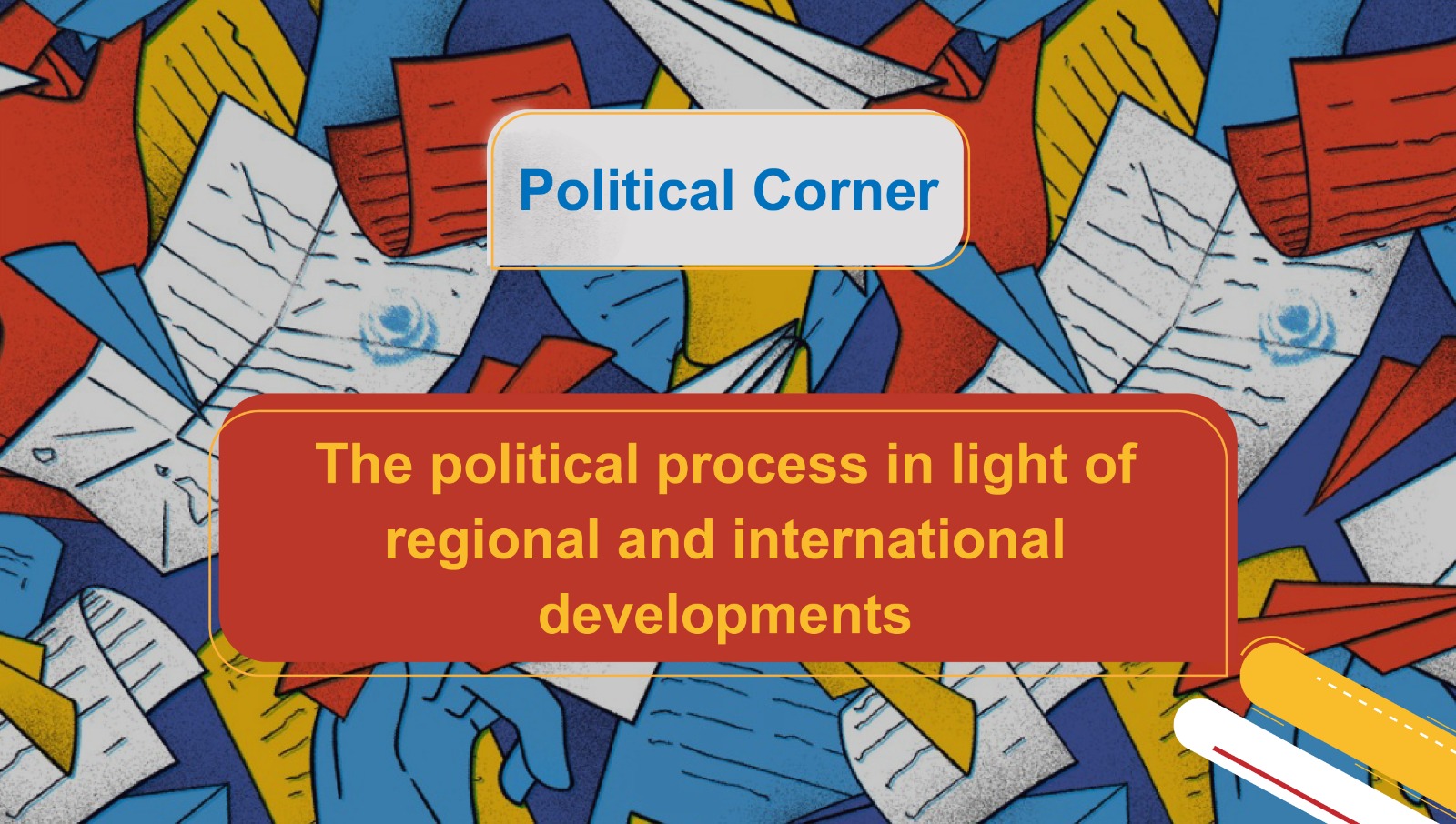 The Russian war against Ukraine has thrown the Syrian file into more disarray. The recent Russian allegations that Geneva was no longer a neutral place was just another episode in the complications created by Russia after the Russian delegation were denied an entry clearance to Switzerland. The Syrian regime was quick to seize the opportunity by refusing to join another round of the Constitutional Committee meetings, trying desperately to move their location. As a result, the Syrian file has been put on hold in all international arenas.

The situation became even more complex with the developments in Iran, where protests broke out as a result of women rights abuses. The protests developed into a full-blown popular uprising against the authoritarian regime in Iran. The obstinate stance taken by the government, in the aftermath of the murder of Kurdish young woman Jina Mahsa Amini, transformed the popular movement from a mere act of protest into a revolution for freedom and dignity. These developments will certainly have repercussions on the negotiations about the nuclear deal with Iran, and on Iran’s organic relationship with the Syrian file.

Simultaneously, Iraq faces an impasse in electing a new president and forming a new government, which caused a US-led intervention to facilitate the political process, bring back the Coordination Framework and pro-Iranian forces, and marginalize Sadr-led opposition and its allies.

On another front, the scope of Turkish-Russian understandings broadened to include coordinating political reconciliation with the Assad regime, amidst regular security meetings attended by Turkey and Syria. The Turkish administration benefited from the stalemate of the political process to do this, especially with an eye on utilizing these developments in the coming elections in the face of opposition political parties that prefer closer relations with Assad in order to shift the burden of hosting the refugees and reach agreements regarding the so-called ‘safe zone’.

Special Envoy Pedersen’s visit to Damascus aimed at creating a possibility for the resumption of the Constitutional Committee meetings. All indications, however, suggest that no progress has been made.

Arab countries continue to announce new initiatives to break the deadlock, but these initiatives reflect the political priorities of the countries that announced them.

There was some movement to resuscitate the Jordanian initiative, with Emirati support, to be launched at a summit that was supposed to be held in the Jordanian capital Amman. The aim was to achieve in the region a form of stability that can be a basis to build upon. Yet this idea might be destined to fail because it lacks the vital US-Russia agreement about Arab-, regional-, and international-led political processes to move the Syrian file forward. So, will the Arab countries succeed in detaching the Syrian file from the ongoing war in Ukraine, and other international conflicts? We need to follow closely and carefully. A word of caution is not to take the Syrian file too far from the Geneva Statement and UN SC Resolution 2254, as this will not satisfy the aspirations of the Syrian people in achieving democratic change.

Pedersen’s marathonic meetings give the impression that he still hopes to achieve something using the principle of ‘one step in return for another’ despite the fact that both regime and opposition refuse this method. However, some international powers are still trying to strike a deal between the Syrian regime and its sponsors, on one hand, and the concession that the West can give, on the other. The EU often reiterate their three Nos: No lifting of sanctions, no rebuilding, and no normalization unless there is full cooperation in the political process. Yet, they seem to follow a policy of appeasement using the rhetoric of concessions, leaning towards the US narrative about changing the behavior of the regime. One relevant example is the US concessions to Lebanon and Jordan in the issue of moving gas of the Israeli occupiers from Egypt to Lebanon via Jordan and Syria. Still, this project has not seen the light of day so far. The north-eastern and north-western regions of Syria were exempted from Caesar sanctions. But it is not yet clear what the US and the EU will give the regime as part of this project, or whether they will give it anything at all. Can this one-step-in-return-for-another approach be seen as a form of ‘constructive ambiguity’ if adopted by the sponsors of the political process in Syria? So far, progress has only been made in the file of humanitarian aid, which can be called ‘one step in return for another’, as Russia wants a step forward in the field of rehabilitating the regime and ending US and EU sanctions against it. The others want a step towards full involvement in the political process, making progress in the Constitutional process, and starting the discussions about the authorities of the transitional government. However, this is very difficult to achieve in the midst of the war in Ukraine. This is not to say that some regional powers are not benefiting from the standstill in the political process, such as Turkey, Israel and the Assad regime itself. But each country has its own agenda. Turkey wants to solve the refugee crisis so that Erdoğan and his party can win the coming elections. The Prime Minister of the Israeli government wants to capitalize on Israel’s airstrikes against Iranian bases and Syrian forces in the Syrian south in the coming elections. The Assad regime likes this stalemate because it keeps it in power.

The internationalization of the Syrian file has turned Syria into a chessboard where international disputes are settled, and it turned Syrians into pawns in the hands of international, regional and Arab players. As a result, Syrian people have lost their leverage in their own cause which is now under the mercy of others. It seems like there is no way to disentangle the Syrian cause from international conflicts. Although international powers claim that they are making sure that the Syrian crisis is not linked to other conflicts, the reality is that Syria and its territory are nothing but an international arena for conflict.

The current military conflict between the armed factions in the northwest of Syria, launched by HTS who is trying to take over the city of Afrin, might be nothing but an embodiment of an international dispute between powers that aim to control the area for complicated future scenarios. One possibility might be giving HTS, which is on the terror list, control over the northwest which will make it easier to use the area in certain trade-offs which serve the interests of their sponsors. Civilians are, as usual, the ones who will pay the price of these local, regional and international disputes. The war of interests, with its military manifestations, is making civilians suffer the consequences. Waves of displaced people have already started, as a result of the current fighting between HTS and the other armed factions. There are fears of more arrests and worse oppression of women.

The highest priority at this moment in time is to create a solid political front that is capable of making the transition from being followers of external agendas to becoming leaders of Syrian self-realization, through utilizing the concept of ‘critical mass’. In this view, the Syrian feminist movement plays a key role in making a radical democratic change that will see an end to the regime and all the other puppet-like forces, and steer Syrians towards achieving their interests in freedom, democracy and equal citizenship. The question that begs to be answered here is: will the Syrian opposition forces be up to the challenge and break away from their subordinate positions to shoulder their historic responsibilities in moving the political settlement from the field of international interests to purely Syrian hands?

The bitter experiences of countries that have undergone similar conflicts, like the neighboring Lebanon and Iraq, show that there is no way to escape the international game of interests in such countries. However, these experiences show that national interests should always come first. The current situation in Iraq is a case in point. Therefore, Syrian opposition forces that will form the ‘critical mass’ need clear popular support in order to be able to save the Syrian file and political settlement from the claws of external intervention.