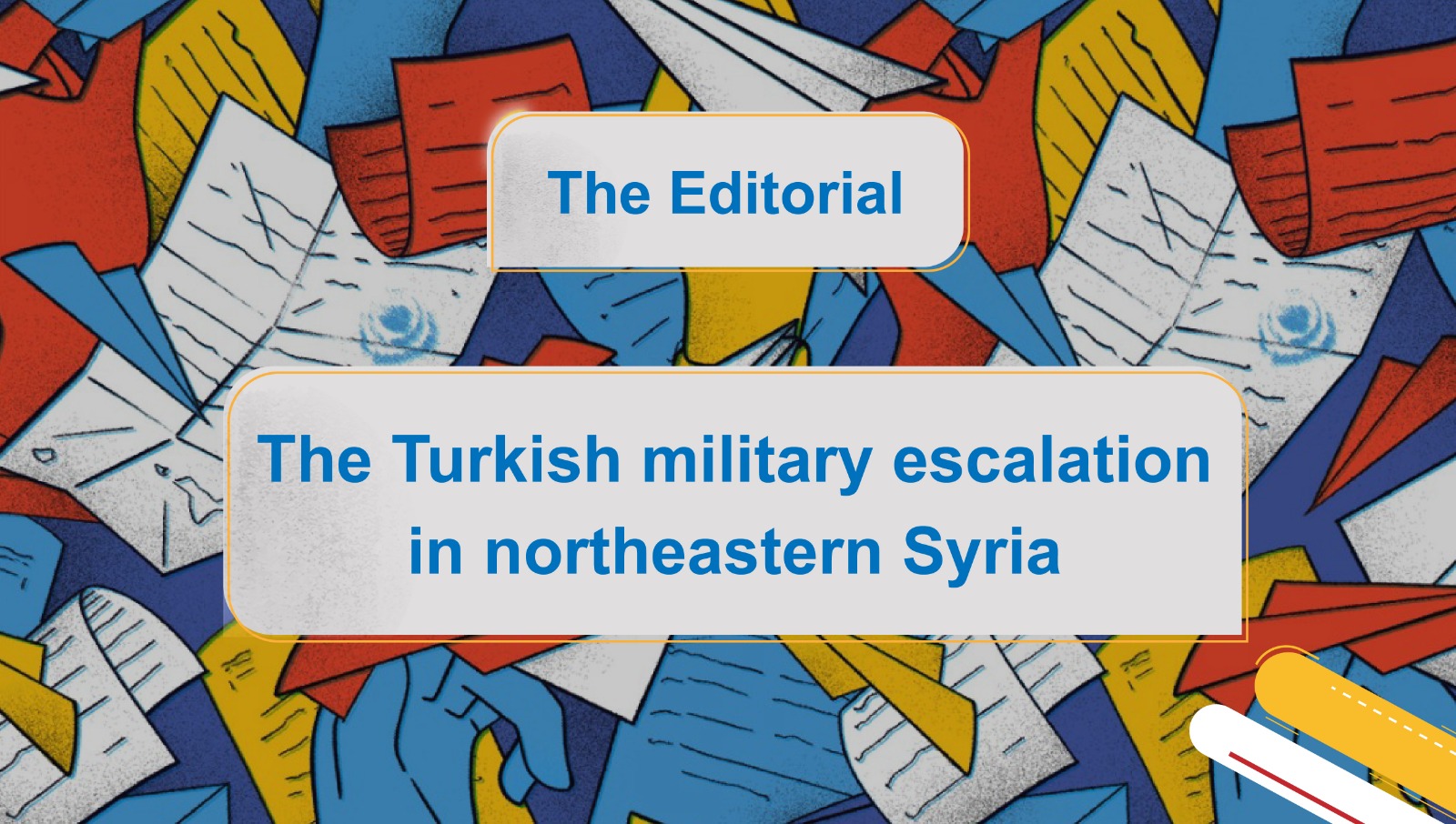 The whole of the Syrian North has been living in a state of escalated military tension since Turkey launched Operation Claw-Sword in northeastern Syria. This military undertaking is part of Turkey’s continuing efforts to create a 30-kilometer-deep buffer zone along the Syrian borders.

The Turkish Army, already present in the opposition-controlled areas in northwestern Syria, has declared that its targets are purely military and that they are locations for Syrian Democratic Forces (SDF) in several areas such as the village of Saida near Ain Eisa, north of the city of Raqqa, Tal Al-Laban, in Tal Tamr, north of the city of Hasaka, as well as the area around Tal Rifaat in the countryside of Aleppo. However, it is certain that there will be civilian casualties.

Russia, the US and Turkey are continuing their talks about the latter’s planned incursion into Syrian territory which, according to analysts, would be the final stage of Operation Claw-Sword and would create new facts on the ground. In addition to the Allied Forces led by the US, the SDF, Russia, as well as the nominal presence of the Syrian regime, the Turkish Army will be a new and not insignificant force on the ground.

Mazloum Abdi, commander-in-chief of the Syrian Democratic Forces, has said that the US confirmed its absolute rejection of a Turkish invasion of the Syrian north. Turkey, however, has stated that the US and Russia understand Turkey’s security concerns, and its right to defend its citizens and national security.

On the other hand, the Turks are leaving the doors open to many possibilities. President Erdoğan, his Foreign and Defense Ministers, as well as Turkish media, have been reiterating that Turkey needs nobody’s permission to protect their national security. They have also expressed displeasure at the US, their ally and fellow NATO member, for its support for the SDF, which is considered a terrorist arm of the Kurdish Labor Party (PKK) by Turkey.

President Erdoğan has shown willingness to create a tripartite dialog mechanism through which he would meet Bashar Al-Assad. This move shows Turkey’s intentions to re-activate the Syrian file relying on the military operation alongside the political process, represented by Astana negotiations and the Sochi process, of which Turkey is a main sponsor.

This land invasion would lead to consequences which should not be under-estimated. Both the US and Russia have their own reasons for being cautious towards the Turkish planned action. The US worries that its forces in SDF-controlled areas would find themselves in a position in which they have to defend themselves or be inside an active military zone, even though Turkey has stressed that their targets are clearly defined and that their aim is to neutralize a terrorist organization. The US is also concerned that this operation would jeopardize its efforts to fight the Islamic State.

As for the Russians, the Syrian regime’s allies, they are trying to exploit these developments to re-activate some form of a role for the Syrian regime in the north. They have made several suggestions that would force Turkey to open communication channels with Assad as a counter-terrorism partner.

The SDF, on the other hand, are by no means a weak party in this equation. They possess several cards that help them maintain their role as a major player in the region. They are still a close ally of the US, and have complex relations with the Syrian regime as well as some opposition forces.

Based on the above, would it be possible to expect a solution coming from certain understandings between Russia and Turkey over multiple issues, including the war in Ukraine? Is it even possible that the US and SDF would be forced to accept a solution imposed on them by other parties?

The Turkish tanks seem poised to open the road for a political solution which Russia and Turkey are hoping to pass. If we take into consideration the extremely difficult economic situation inside regime-controlled areas, and the social, administrative and economic disintegration in SDF-controlled areas, we can appreciate the massive difference in leverage that the different conflicting parties would have when they sit to the negotiation table.

The Syrian Women’s Political Movement opposes any form of military escalation in Syria at this moment in life. Any escalation would cause more civilian deaths, and might lead to a humanitarian crisis accompanied by mass displacement of civilians in the region.

We believe that the military escalation would hinder the political solution and lead to more delays. It will also deepen the divided nature of the Syrian scene, which is being controlled by foreign powers. We express our concern that the military operation would enable further demographic change and impose it as part of the solution, a policy followed by the Syrian regime and its allies, and in recent years, Turkey.

We see no other way out except by reaching a political solution based on Resolution 2254, which guarantees voluntary return of refugees, ensures a decent life for Syrian people, and brings Syria closer to becoming a country of equal citizenship for all Syrian women and men.