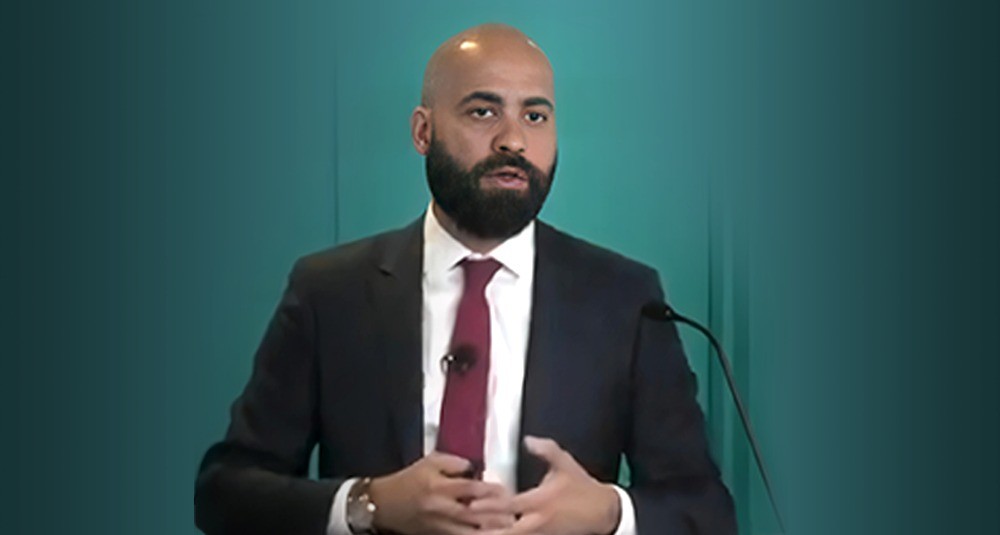 Yasser was born in Chicago in the United States of America, but he had gone to Syria and studied up till the high school, then he returned to the USA to continue his university studies there. He worked after graduation in a non-profit organization that works on migrants’ affairs in the USA. He focused in his work on the rights of Arabs and Muslims which were violated after the 9/11 attacks in the USA. Following that, he worked in the field of international law and human rights through his work in “The International Institute for Human Rights in Chicago”. His work back then focused on rehabilitating law education in Iraq after the invasion. Then he worked for two years as the CEO of an institution that he established with a number of his friends to look after the affairs of Arabs and Muslims in the United States in general and in Chicago in specific.

In 2006 he decided to go back to Syria, where he worked as a teacher for one year in al-Qalamoun private university, in the department of International and Diplomatic Relations. Yasser returned to the USA in 2008 and opened a law office with two of his colleagues, in addition to his interest in public affairs as he was one of the founding members of the Syrian-American Council. In 2010, the International Association of Lawyers sent a mission to Syria, to assess the judiciary and the work of lawyers in the country. It asked Yasser to be part of that mission. He says that during that period, he formed certain convictions about the general situation in Syria and the lack of independence of the judiciary and the work of lawyers.

“No one other than Syrians will change the reality of Syria, therefore we need to continue defending our goals and principles that we stand for. The state of despair and frustration should not be a justification for us to escape from our responsibilities towards our country and our people.”

Since the beginning of the Syrian revolution in 2011, Yasser wrote opinion articles in foreign newspapers on the importance of supporting the democratic movement in Syria. Two opinion articles were published in Aljazeera English Newspaper, then he participated in the demonstrations in Chicago and in organizing meetings for the Syrian opposition there. He was also one of the founders of the Syrian National Council and the Syrian National Coalition. Then he decided to focus on a project for the public affairs that is not politicized, so he started with his colleagues from the political circles to establish what is called the Syrian Forum which focuses in its work on several fields, including relief and sustainable development. They also established “Omran Center for Strategic Studies”. Yasser says that it is one of the most important Syrian research centers today. “We focus in our work on developing and supporting local councils in Syria”, he says. In addition to his voluntary work, Yasser works on legal issues with a number of Syrians who decided to invest in the Turkish economy.

Yasser says that he has been interested in working in politics since he was a student, when he was the head of the Arab students union in the first college he went to in Chicago. Ever since, he became more interested in human rights and the rights of migrants, he would also be invited to protests and meetings for solidarity by different communities there. In 2010, he was one of the founders of an organization focusing on nominating Arabs, Muslims and non-Muslims to positions in local councils and municipalities in Chicago; two out of the seven they nominated for the municipal elections actually won. This is an example how he had ideas about governance and the importance of local politics even before the revolution, as he said.

“I expect SWPM would accomplish a lot, due to the fact that it includes important figures amongst its members who are introducing a mature political discourse away from the traditional problems that emerged from the opposition political entities.”

One of the biggest challenges facing political work in Syria, Yasser believes, is the absence of a participatory approach, or the ownership in managing our affairs and our society. He believes that the experience of local councils in Syria in the past eight years, with their varying successes, is the fruit that reaped after all the destruction, killing and displacement that occurred. We ended up with a nucleus of a new culture, which is, by itself, a gain that should be maintained. In terms of challenges facing Syrian women in their political work, Yasser believes that these challenges can be brought down to the extreme patriarchal culture in our society.

Yasser is a member of the Syrian Women Political Movement which he expects would accomplish a lot, due to the fact that it includes important figures amongst its members who are introducing a mature political discourse away from the traditional problems that emerged from the opposition political entities. He also said “within SWPM, we have important women who I wish to see them hold the office of the president one day, because they have amazing qualifications”.

Yasser believes that no one other than Syrians will change the reality of Syria, therefore we need to continue defending our goals and principles that we stand for. “the state of despair and frustration should not be a justification for us to escape from our responsibilities towards our country and our people” he added.

Yasser says: “I hope to see more recognition that the reality of Syrian women is problematic and needs to change. I hope to see enough sense of responsibility and self-agency to change this reality”, and Yasser says to Syrian women: “Be more confident in yourselves, because you are the one who will determine your fate and change your reality”.