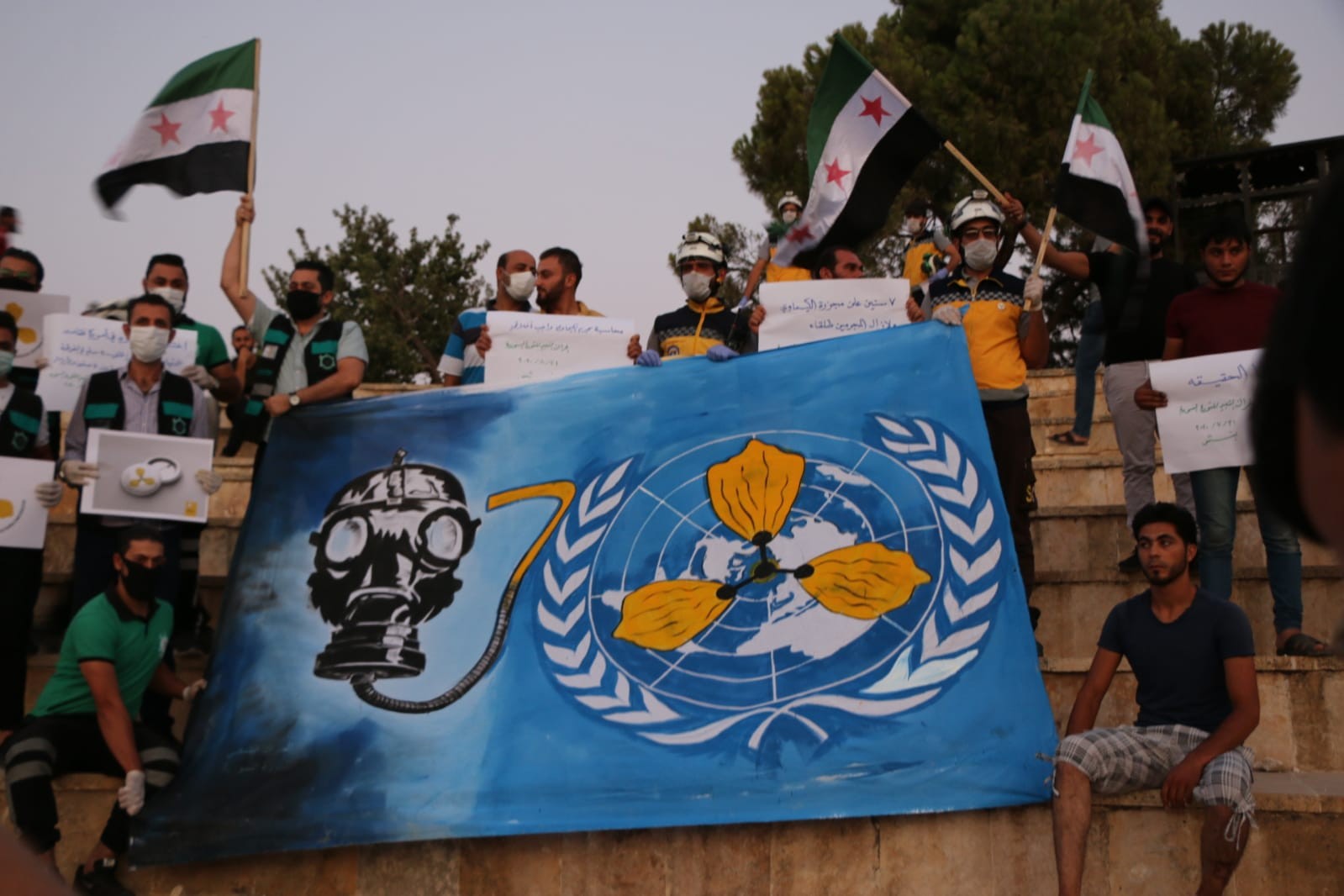 Today passes the seventh anniversary of the Syrian regime’s chemical weapons attack on the Ghouta on August 21, 2013. The attack killed hundreds of people due to suffocation, most of them are children and women, in addition to thousands of those who suffered breathing difficulties and suffocation.

Today, the Syrian Women’s Political Movement renews its support for the families of the victims, which are still waiting that the criminals are held accountable and for the international community to fulfil its promises of serious and decisive action against the Syrian regime’s breach of what the international community then called as “red lines”.

The Syrian Women’s Political Movement stresses the need for accountability and taking serious actions to punish this criminal regime, and it calls on the international community to fulfil its obligations to work to bring criminals before trial, and that the one who victimized Syrians doesn’t go unpunished, and that international inactivity towards these crimes has opened the way for their recurrence in multiple forms and images.

The Syrian Women’s Political Movement renews its adherence to the political solution as the only way out, by working to restore the path of negotiations to achieve stability and end the war that has been going on for so long, by working to achieve a political transition, establish democracy and fully implement Security Council Resolution 2254.

Mercy for the martyrs, freedom for detainees, and victory for our great people