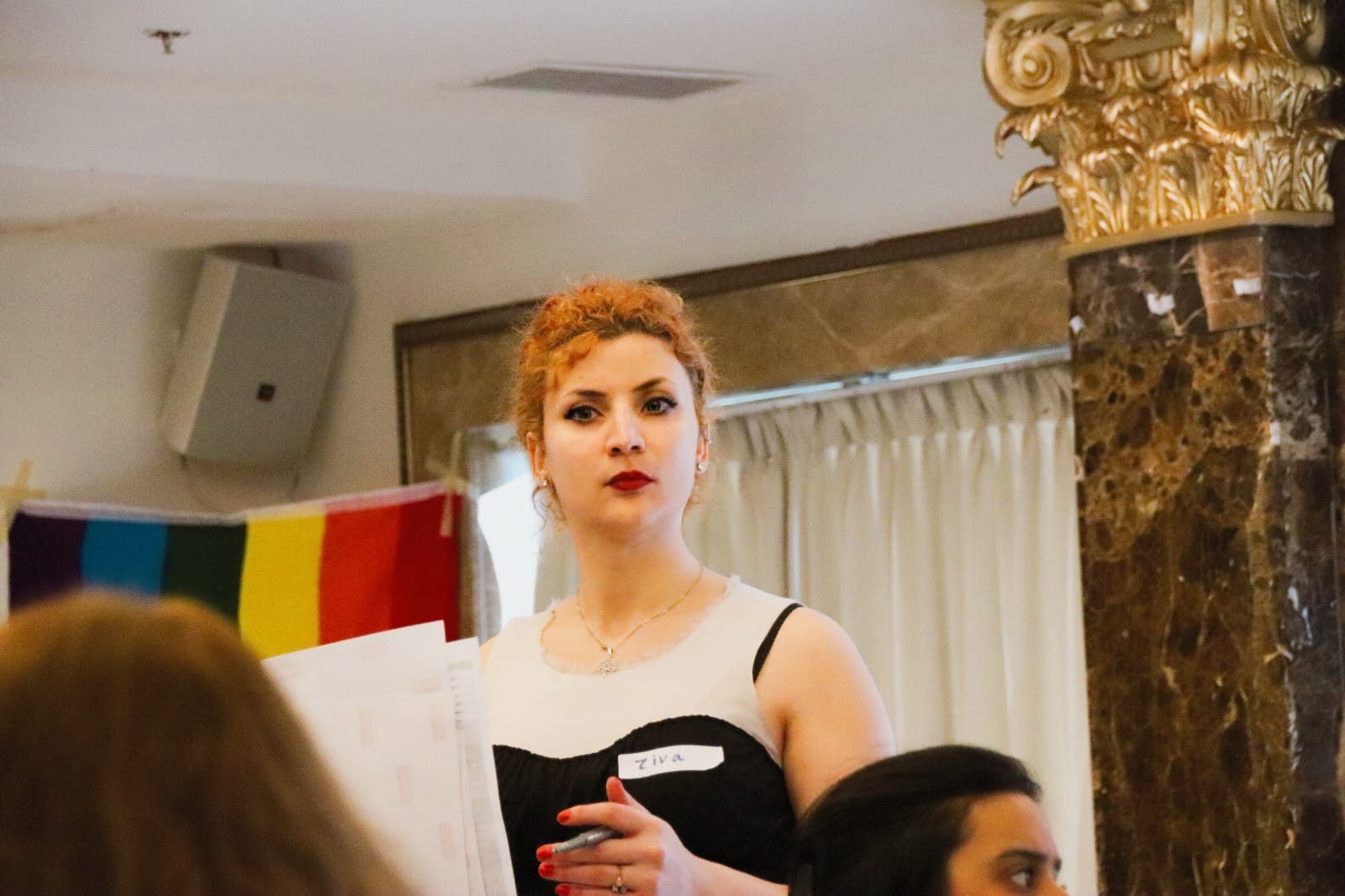 Ziva Gorani, Syrian Women are the Strongest and Most Resilient

Ziva Gorani, Syrian Women are the Strongest and Most Resilient

At the beginning of the revolution in 2011, Ziva was still a university student. She says that her participation in the beginning was limited because she was a transgender activist, so she was subject to harassment by her community, in addition to the military and security suppression because of her gender identity. She says that she wanted to be among the people who took to the streets and chanted for freedom, but she chose to be an activist in the humanitarian field instead and started working with a humanitarian organization, but she was shocked once again when she found that her inability to hide her gender identity was a cause for excluding and rejecting her even in the humanitarian field. She had to accept the shock again for the fact that she couldn’t conduct field work and communicate directly with the displaced families in the IDP camps in the north of Syria. So she had to suffice with office work, where she was tasked with training volunteers on relief work and she organized campaigns for IDPs affairs in the camps, such as campaigns of children vaccinations.

In 2014 she recognized that it became almost impossible to continue living in Syria because of her gender identity, so she decided to go to Turkey. From there, she continued working with the same organization after ISIS invaded Kobani, documenting the humanitarian and medical conditions of refugees who crossed the borders into Turkey. Then Ziva worked with organizations for the support and empowerment of women and she started being a human rights activist as a Kurdish transgender, trying to convey the reality of LGBT community in Syria, their attempts to engage in the revolutionary community and how they are rejected by the community at large.

“Syrian women are the strongest and most resilient women in the world, I bow before the strength and persistence of Syrian opposition women and transgenders inside Syria; they are a role model for me.”

Ziva says that she tried to be only a political activist who addresses the issue of Kurds in Syria and Syrians in Turkey, to communicate the reality of the revolution to the world, but she also wanted to draw attention to the LGBT community and the abuse it is subjected to in our community and in the world. She wanted to draw attention to the fact that transgenders are unable to live a normal life like normal people in their communities. She also says that this societal policy that she was trying to shed light on provoked some Syrian activists in Turkey, which forced her to apply for asylum in Canada, because she recognized that she won’t be able to continue her human rights activity from Turkey.

Ziva arrived in Canada in 2016 and participated in several conferences to talk about the cross-gender identities and how they impact the Syrian community. She believes that Syrian women are subject to abuse and persecution in general, however the cross-identity impacts the individual experience and presence within community and the level through which they can express themselves. Ziva says that her presence within SWPM is a victory for her, because she was the first woman who expressed her gender identity in her revolutionary and political activity, openly and transparently. Her membership within SWPM is also a victory for SWPM itself by overcoming stereotypes and accepting people with different identities, that’s why she describes SWPM as a beautiful and honest revolutionary movement.

“The systematic ignorance of the feminist identity, capability and opinion are among the greatest challenges facing Syrian women in politics.”

Ziva’s interest in politics started when she was in Turkey, as she began to meet with Syrian activists in Gaziantep city, representing a vulnerable Syrian community. However, this interest increased after 2016, after she arrived in Canada, as she started to get involved with larger political environments, expressing her experience and practicing her right to defend the revolution and the rights of the Syrian people.

Ziva believes that the Assad regime holds the main responsibility for the challenges that faced political activity in Syria, because it sought to keep people busy with making a living and deprived them of practicing any political activity. The rule of single party imposed by the regime led to the spread of affiliations and loyalties to certain regions and the spread of racism, in addition to the lack of trust among community members, which created another challenge during the revolution.

As for the challenges related to women in specific, Ziva thinks that the systematic ignorance of the feminist identity, capability and opinion are among the greatest challenges facing Syrian women in politics, in addition to the masculine culture that fragments the humanitarian system.

Ziva says that reconciliation and communication with communities inside Syria is the first step for maintaining continuity and realizing the goals and principles of the revolution that represent the entire people who have the right to have self-determination and employ the appropriate person in the most appropriate position.

Ziva says: “Syrian women are the strongest and most resilient women in the world, I bow before the strength and persistence of Syrian opposition women and transgenders inside Syria; they are a role model for me”.